Emily Bild, GoPhil’s Regional Program Manager based in New Delhi talks about the Foundation’s focus on prevention of sex trafficking in India

Emily Bild, GoPhil’s Regional Program Manager based in New Delhi talks about the Foundation’s focus on prevention of sex trafficking in India

Why focus on trafficking?

GoPhil has been delving deeper into the terrifying world of sex trafficking and human trafficking in general, for the past several years, trying to understand the context better (and possible solutions) to this huge problem in India. India is a source, destination and transit country for trafficking for commercial sexual exploitation. The majority of the women and girls are trafficked from within the country but there are also large numbers (estimates suggest between 12,000 – 50,000) who are trafficked annually from the neighbouring states of Nepal and Bangladesh. We are also committed to the same issue in Nepal as we have to look at the flow—and connect the dots to other sources.

Of the 20 million commercial sex workers in India, an estimated 80% are victims of trafficking and 40% of these are children.

What are the drivers for trafficking?

Trafficking is a really complex phenomenon that is often driven by social, economic, cultural and other factors. It basically boils down to poverty, lack of education, discrimination against girls, discrimination against lower castes, dreams of a ‘city life’ and dysfunctional families. Rampant growth in India’s megacities has left to an influx of migrant workers who have left their families behind, which in turn has led to an increase in the demand for cheap sex. One of the key drivers is the fact that it is hugely profitable for traffickers—with profit margins estimated at 70% coupled with a very low risk of arrest and prosecution. It’s an ‘easy money’ industry and very few traffickers get caught or prosecuted. 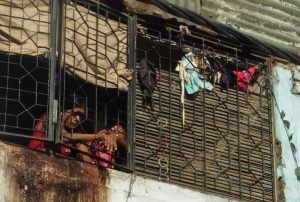 What are the main strategies to tackle trafficking?

GoPhil is always digging for that root cause.  Our experience here points to education and empowering women and girls in source areas (e.g. through education) as being the most powerful tools.  Seems simple but it’s the strongest weapon. In Delhi, we support the SMS Center in G.B. Road (Delhi’s red light district) which provides education, protection and other essential services to the children of sex workers, most of whom have been trafficked to the area. SMS has a huge role to play in ensuring that the girls have an opportunity of a better future, away from the red light district, and are not forced to follow their mothers into a life of abuse and prostitution.

We are also seeing a lot of mobilization of communities through vigilante committees. Communities themselves are staying No to this —grassroots campaigns really do work. Partnership and networking play a crucial role in anti-trafficking work and this is where we really come into play – linking organizations working in trafficking source and destination areas is critical in order to create a strong united front.

A huge number of organizations are working on trafficking in India, yet still the industry is growing.  It can seem as though no progress is being made.  What are the main challenges?

The sad part about this is that there is a failure to reduce demand for prostitutes.  One report found that 83 percent of traffickers said they produced women and children directly in response to the demand of destination areas.

There is also insufficient knowledge and skills at border controls and a lack of cooperation regionally—police in different countries need to work together, yet there is little coordination here.

A lack of focus on prevention is also a factor.  The majority of efforts to combat sex trafficking have focused on rescue and protection after the act of trafficking has occurred. There is relatively little investment in prevention and this is where GoPhil hopes to put a lot of its effort— funding of education in the source areas.  Keeping girls in school is so very important.  We are in the process of partnering with small NGOs in rural areas who focus on this specifically. 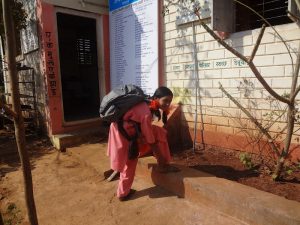 Where can GoPhil add value?

Getting the funds into the right hands—plain and simple.  Our mapping of the regions to find who is doing what, where etc. When we find an impressive NGO, we take time to really understand what their methods are and how we can best assist in broadening their impact.  This takes a lot of time but it pays off. Then we need to continue to facilitate the connection between organizations.  We are prepared for this to be a long and hard battle but we are in this for long-term.