“What are your critical needs right now'” we had asked Anuradha Bhosale (Founder of AVANI/ WCRC) on a Friday evening skype call in late December.  We knew the focus over the course of the year had been on opening a much needed shelter for women in distress.  And in rural India, graphic examples of this “distress”  are all too common in a day–dowry deaths, bride burnings, rape, abandonment, the list goes on.  Anuradha humbly explained that their most critical need was a tuk-tuk (auto-rickshaw) so that they could react immediately to women in need. 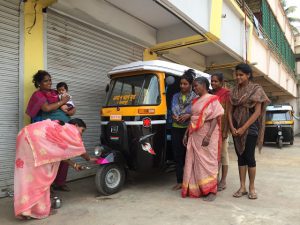 GoPhil donor funded tuk-tuk for women’s shelter is given a traditional Puja blessing this week before it hits the streets of Kolhapur, India. 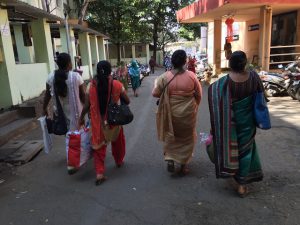 WCRC has become a movement–thousands of women banding together to support one another. Here they bring needed clothes and food to women who have been cast out by society.

WCRC works at the grassroots level in India fighting for the basic rights of the most vulnerable, and not only women– her work includes helping young children forced into the workforce in various local industries or migrant families trapped in generations of bonded labor.   She and her team run a tireless operation, around the clock– crisis intervention being the name of the game.  GoPhil has been a steadfast partner of their work for many years, funding various elements of their programs from the daily needs of rescued children to salaries for operational staff.  At times, we are simply a sounding board for the challenges, none of which we claim to have clear answers to.  We have a deep respect for the unique brand of courage it has taken for a female founder to get in the ring fighting these types of human rights issues in India and we are committed to continue to ride the waves with them as they come.

For the past couple of years Anuradha and the staff at WCRC have been running a make-shift counseling center where exploited women are given advice and legal help free of charge.  But unfortunately after seeking this legal counseling and reporting their abuses to the police, many women are either not in proper physical condition or are too afraid to return back to their homes.

In late 2015, we received a heartfelt email from Anuradha explaining the details of a horrific case of a woman named Archana who was nine months pregnant and abandoned by her husband and family. With nowhere else to go, she had gone into labor on the streets of Kolhapur where a group of women found her and helped in whatever way they could –severing the umbilical cord with rocks in the road.  WCRC was immediately contacted to help and took her for medical care. “The time is now,” Anuradha had explained to us. “The shelter will open and Archana will be the story of how it begins.” 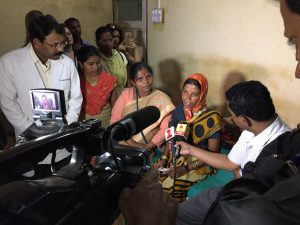 Local and regional media pick up the story of Archana’s delivery–highlighting the plight of women in India and the need for programs like WCRC. 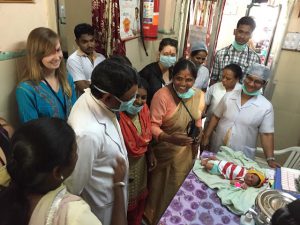 The night shelter is now up and running– with several women receiving basic care, protection and legal counseling.  The newly purchased rickshaw, which was amazingly donated within 24 hours of GoPhil sending out an appeal to donors, will be at the ready whenever they receive a call from a woman needing protective services.  The vehicle can bring them to the shelter, hospital, courthouse or to the police station where they will be guided in pressing charges (an oftentimes intimidating experience that inhibits women from filing a claim).  It will also be used to purchase weekly basics for the shelter. 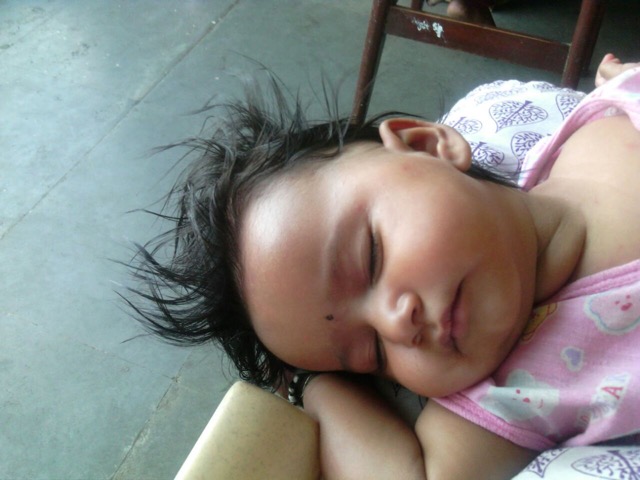 Archana’s baby is now thriving and has been named Avani, in honor of the program that helped her in the first few days of life.

Basic tools make all the difference… 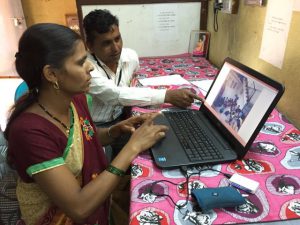 We were so excited to see this picture of Vanita Kamble, working in the ragpicker slums with AVANI as she receives her new computer from a GoPhil donor.  Vanita manages 6 day care centers in the waste picker communities where AVANI works to provide both access to basic rights (health care and education) as well as economic opportunity.  Vanita has always had to wait for an available computer to use –yet now she has her own for the very first time.  GoPhil donated its first locally purchased computer to AVANI Founder Anuradha Bhosale 5 years ago when access to basic tools for their work was very hard to come by.  We are thrilled to hear that it is still in use, albeit a little slower 🙂