Patterns emerge in the chaos of Delhi

Patterns emerge in the chaos of Delhi

While our work these past 2 years has us going deeper into the issues, investing more wholly in the growth and development of small programs fighting huge social problems, we do take the time to also pan back. In doing so, its amazing to see the links, patterns and connections–the networks at play within them and between them.  Our recent annual visit to India this March had us doing just that and reminded us that nothing truly happens in isolation.
In order to fully immerse ourselves this year in the interplay between the programs at hand, we decided to approach the visits differently.  Instead of going from one to the other separately each day, we gathered key staff from all of them and made the rounds as a group.  In doing so, we hoped they could discuss and explore potential resources that could be shared as well as common common barriers to their progress. 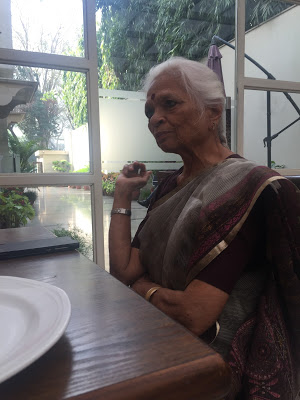 The blockers to their success

While it would have been lighter to share all that is going “right” within their respective organizations, time was precious and discussions quickly had us reviewing the major blockers to running their small NGOs.  There were clear similarities.  While there were some variations in the ranking order, all listed the following as their most significant challenges.

Attracting and retaining qualified staff
They are often functioning in crisis modes and the positions require a unique blend of skills in social work and the ability to function in a stressful gear for lengths of time. To top it off, programs like the SMS center are located in relatively dangerous areas of the city.

Fundraising for Staff
Donors are typically attracted to everything but operational costs such as salaries– yet the most important part of the services they deliver come from a trained, professional staff.

India’s shifting bureaucracy
Government agencies such as the Child Welfare Committee can be rigid and difficult to comply with, not to mention their shifting policies. In addition,  the administration and reporting required to maintain their FCRA status (allowing them the right to accept foreign funding) is becoming more and more cumbersome, putting a drain on already limited time and resources.

Although still in germination stage, ideas are emerging relating to developing shared resources for their needed talent pool.  They currently use their own varied methods, which vary from putting out ads in the paper to word of mouth.  An objective could be to develop a more defined and methodical approach for the most probably sources of candidates. 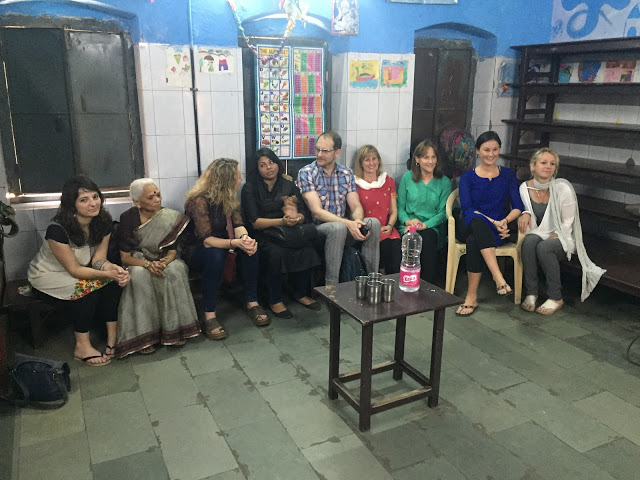 Four of GoPhil partner NGOs gather at the SMS center for a site visit.  We are joined by four traveling GoPhil members