Girls in the Massai Celebrate their Classroom

Girls in the Massai Celebrate their Classroom

One of two GOPhil funded preschool classrooms has been completed at Entikeng Lepa School through our partners Maji Moto in the Maasai Mara, Kenya.

Maji Moto rescues girls from early marriage and female genital mutilation (FGM) and provides safe boarding and education for them at the Enkiteng Lepa School.  Early on, Hellen Nkuraiya, the founder of Enkiteng Lepa, had a passion to eliminate harmful practices for girls and women, while maintaining cultural values, ceremonies and traditions. In the Maasai culture, young women are often married to older men, increasing the likelihood of being widowed.

Last year, Hellen communicated her desire to reach girls at an even younger age (preschool) –reinforcing the power of education as an alternative to the life of a traditional Maasai girl who is typically married off by age eight.  GOPhil has been a loyal partner to Maji Moto for over five years, sponsoring twenty-five girls to attend the boarding school and funding various capital projects such as the construction of dorms, water tanks, and solar power.

We were amazed at the responsiveness within our community.  GOPhil donors stepped up to the plate with funds for two classrooms within a short two weeks of the request!

The classrooms are being built by hand with local materials and the first one has taken some time to complete yet we never underestimate the challenging conditions our partners face.  Extreme heat, a lack of electricity and illness can oftentimes affect everyday work in the Maasai Mara.

Stay tuned for progress on Classroom #2 and huge thanks to our donors who made this achievement possible. 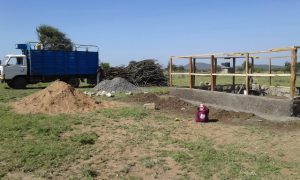 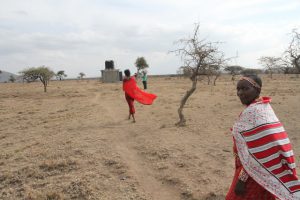