Our Own Community Investing in the Stability of Our Future

Our Own Community Investing in the Stability of Our Future

The fact remained that by starving ourselves, we were preventing our ability to scale and grow. By not giving to the organization of GoPhil itself, we were cutting off the life force needed to do more of what was clearly working.

Jet-lag, tuk-tuks, and meetings in hot and dusty rooms. Over the years the schedule of site visits to GoPhil’s partner programs around the world have been an amazing blur of encounters that restore hope in humanity alongside planting a sickening discomfort over the scale of work to be done. On the flights home we would frantically download everything we had seen and experienced into notes that could be shared with the other two Co-Founders for fear of losing one spec of insight from our time with our partners. These notes would be our guiding light for the months in between the next visit as they outlined both the reality of the problem and the way forward for the year. Once home, these trips left little room for respite with full families schedules demanding what life routinely does of any mother, daughter and wife.

For the first five years of GoPhil’s existence, Tracey, Linda and I learned the delicate balance of spinning every possible plate both at home and abroad. But despite the exhaustion, there was always the knowledge that something more important than sleep and regular yoga classes was at work. “At the time we were so energized by the people and organizations we were meeting and the potential that could come from assisting, that little else mattered. Looking back though, I think we all knew deep down it couldn’t possibly be scaled in a similar manner,” says Tracey Morrell.

HOW THE FOUNDER’S CIRCLE CAME TO BE

“Why don’t you consider getting funding for yourselves,” probed long-term donor and advisor, Barbara Burger, over a glass of wine in Kathmandu during GoPhil’s journey to Nepal in in 2015. “Your donors want to know that this thing they are investing in is going to be around for the long-haul, “ she said bluntly.

She was right. Core GoPhil supporters had been asked a hundred times over the past few years: “Beyond supporting your partner programs, what about GoPhil??? How will it scale and sustain itself at the same time?” The answer came in the form of exactly what Barb had suggested and what was later formalized as The Founder’s Circle – a program designed to offer GoPhil the investment funds needed to expand our wingspan in identifying and supporting innovative NGOs quietly doing the heavy lifting in the global development arena.

But it had been etched into our minds from who knows where, that non-profits had to march to a beat bordering on martyrdom — showing the lowest possible administrative costs to ensure the funding goes direct to beneficiaries of the programs themselves. (For anyone interested in this topic further, watch the following Ted Talk ‘The Way We Think About Charity is Dead Wrong‘ by Dan Pallotta. 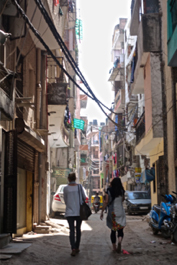 This self-sacrificial mantra was an easy one to ingest since having seen the scope of the lack of basic human rights, the three of us were more than motivated to see the dollars go to where they were needed most. But the fact remained, that by starving ourselves, we were preventing our ability to scale and grow. By not giving to the organization of GoPhil itself, we were cutting off the life force needed to do more of what was clearly working.

So we set out committed, yet with remaining grains of doubt over the ideas’s reception, to gather an initial body of 10 members (individuals and/or couples) who would be willing to invest $5K per year specifically for GoPhilanthropic’s own critical internal development such as hiring staff, developing new regions and expanding our communications and public relations tools. We were surprised on two fronts right away.

1) We didn’t expect to reach or exceed the goal so quickly — actually (we currently have 11 members in the Founder’s Circle). 2) We have exceeded our own expectations for all that can be accomplished with this help from the Founder’s Circle commitments.

The inaugural funds raised this year have allowed GoPhil to take our biggest leap forward to date by hiring two paid part-time in-country staff. This critical strategic move has allowed all three Co-Founders the breathing space needed to focus on strategy, partnerships, processes and developing a bigger platform and stronger voice for the importance of supporting grassroots innovation. 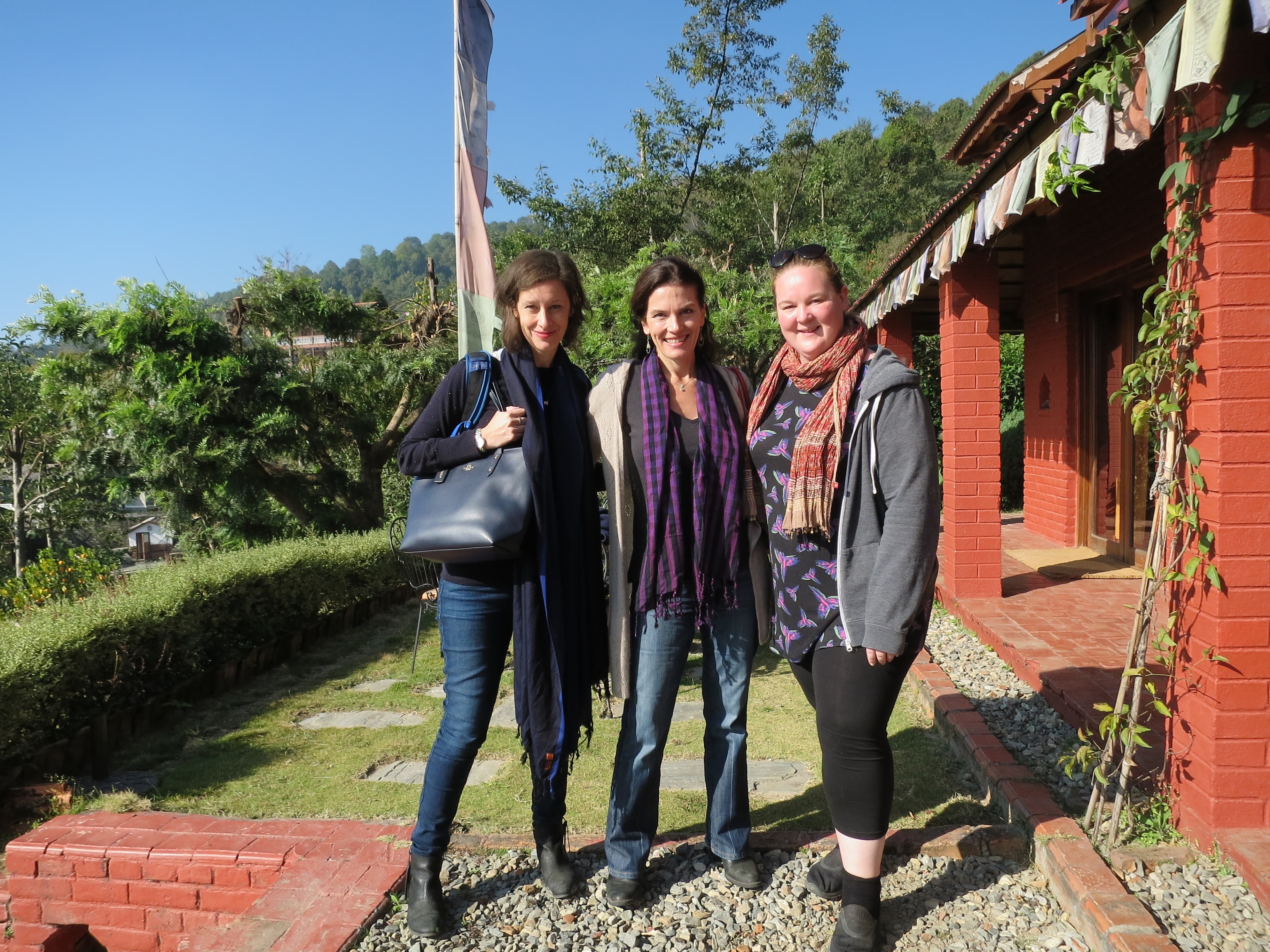 Fast forward half a year later and we have 2 Regional Development Managers in place thanks to Founder’s Circle funding — Gemma Marshall based in Siem Reap to cover our SE Asia partners and Emily Bild in New Delhi, overseeing programs in both Nepal and India. A third, US- based bilingual volunteer, Christina Bruce, has now been brought on for Guatemala. What we had attempted to accomplish (cram) in 10 day visits in previous years, we can now stretch more naturally over time, allowing for daily or weekly check-ins with our partners. The luxury of this time afforded us a much more grounded, authentic and pragmatic view of the day-to-day challenges they face and a more realistic look into where they need support. With this vantage point, we are now insiders to their work, true partners, offering a perspective and depth of understanding that we could only dream of in previous years. (Click Here to learn more about Gemma and Emily and what they have been accomplishing in their regions.)

“The result is that our donations have a much more targeted impact, and our reporting is more detailed, transparent and personal. More importantly though, it has given us a much more human approach to our work. While GoPhil has never been about ‘the transaction’ or the check-writing, our distance was always a barrier — we are thrilled this is no longer the case. Our donors now have direct information flowing to them directly from the programs they fund. This real-time connection matters.”- Linda DeWolf, GoPhilanthropic Co-Founder –

Our Founder’s Circle members have much in common, starting with an immense passion for active, rather than passive philanthropy. The more they have followed this path of engagement, the farther they have each wanted to go — and not simply because it feels good, but because it feels right.

Most of these members have been through our growing pains along side us over the years and almost all have traveled to connect one-on-one with our partners around the world. Probably the most important thing to us, though, is that they each share GoPhil’s values and ethics — including a belief in respectfully listening and learning from those who are closest to the issues and not assuming we have all of the answers.

In being part of the circle the members benefit from a more in-depth experience with GoPhil and its network of NGOs by acting as a sounding board on various strategic issues and by having the opportunity to share their unique skills and professional experience. When traveling, they have access to more behind the scenes activities in order to capture a more detailed look at the projects GoPhil manages with the individual organizations. In July 2018, Founder’s Circle members will gather together for the first time in Santa Fe, NM, with the International Folk Art Festival as the backdrop to our gathering.

To learn more about each of our Founder’s Circle members, click here. 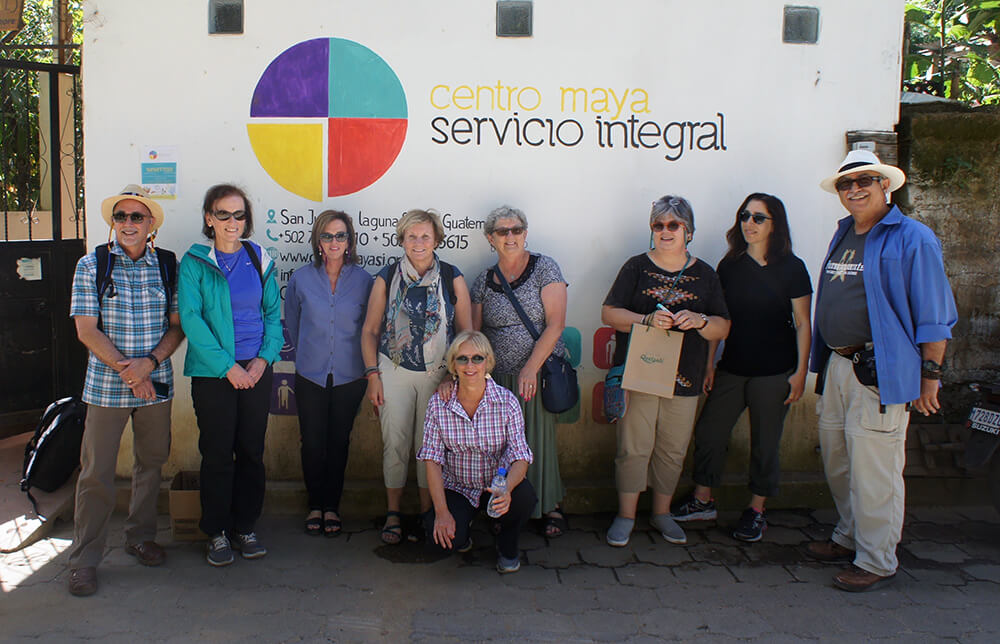 6 of our 11 Founder’s Circle members traveled to Guatemala on our most recent GoPhilanthropic Journey.

Now confident and convinced with the results of ‘giving to oneself’ (we have doubled our # of partner programs, reporting is more thorough and donations up 17%), we hope to reach 15 Founder’s Circle members next year. The extra funds will help us with GoPhil’s ability to expand its reach and voice through communications and by giving the Regional Managers more resources and tools in the field to help strengthen the work of our partners.

Do you want to come into the GoPhil fold? Learn how you can become one of the 5 new members by contacting Linda DeWolf. Email [email protected]