GoPhil’s work exploring new organizations in Cambodia (see previous blogpost) led me to Vietnam where we discovered that trafficking was, sadly, even more prevalent. Once again I saw that education is one of the main root causes, for two reasons. Firstly, a lack of education creates poverty, a lack of options and a desperation to bring in income, which ultimately leaves people vulnerable. Secondly, those who are uneducated may be more naïve to the tricks and promises of those who prey on vulnerable people. 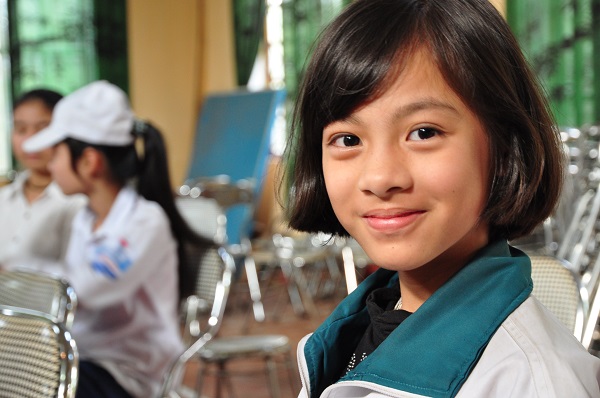 A further root cause of trafficking specific to Vietnam and surrounding countries relates to proximity and policy. Northern Vietnam borders China, who had a one child policy between 1979 and 2015. As a result, many Chinese families valued boys over girls. Boys were preferred for their potential to work and earn and ancestor worship – a key Chinese ritual paying reverence to family members who have passed over, but something only male family members are allowed to do. As only one child per family was permitted and boys were the preference, there has been a high incidence of girls being aborted, abandoned or murdered at birth, despite laws set in place to prevent this.

According to estimations from sources such as the UN Population report around 30 – 60 million girls are considered ‘missing’ from this time period. Roll to 2017 and the young men from this generation are now looking to get married yet are finding that there are not enough women of marriageable age. In neighboring Vietnam there are plenty young women and traffickers who are happy to ‘find’ and ‘import’ brides.

Where are Vietnamese people trafficked to?

The more time I spent researching Vietnam and meeting people and organizations working on the issue, there the more I learned the depth of Vietnam as a source country of trafficked persons. Young women are trafficked to China, Cambodia, Thailand, Korea, Malaysia, Taiwan, Macau the Middle East and several African Countries (driven by the construction market) for sexual exploitation and domestic labour. Men are trafficked to these regions also, but mainly for forced labour in construction, factories and fishing boats. Children (or young adults) are often trafficked to the UK, US and Australia for sexual exploitation, forced labour in places such as nail bars, and to be used as pawns in criminal operations (for example in cannabis factories or for ATM thefts). In 2015 it was estimated that 3000 children were trafficked from Vietnam into forced labour in the UK. Many of the trafficked adults have bought passage to these countries, and spend time in transit or destination countries working to pay off their debt in bonded labour schemes.

Before partnering or funding any organizations, GoPhil spends a great deal of time researching. Early in the year I spent an interesting and intense period of time delving into the arena in attempts to understand who is doing what, where and why. I found that the number of NGOs in Vietnam was much smaller than in Cambodia, as it is much more difficult to register an NGO.  One must have a government partner and be subject to scrutiny and intense monitoring and risk having operations revoked at any time. I was delighted however, to find a solid handful of organizations working on the full spectrum of ways to tackle trafficking. This includes education and prevention, rescue, rehabilitation, future options / training and working with the government, law enforcers and border guards to recognize trafficking situations, tackle traffickers and treat victims with respect. 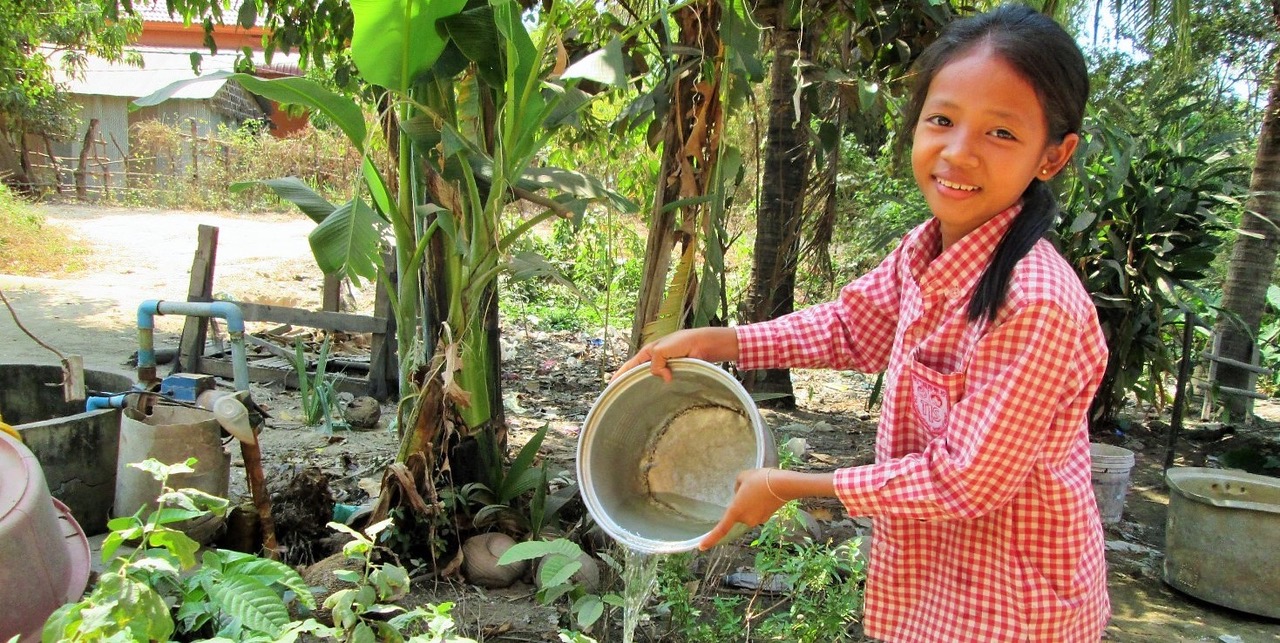 After online research and Skype meetings I ventured to Ha Noi and Sa Pa to learn more about these organizations, explore synergy with GoPhil and see how we could learn from their experience, and support their ongoing efforts. I met with five NGOs in Ha Noi, who were all interesting and helpful and remain a part of our network. Three of these organizations fit GoPhil’s criteria and we are delighted to have signed official partnerships with them for future collaboration.

One of our recent partnerships is with Blue Dragon Children’s Foundation — one of the most well known organizations in Vietnam, with a great reputation for their work with street children and rescuing victims of trafficking.  To date they have rescued 646 children from trafficking. You can explore some of their stories here: https://www.bluedragon.org/meet-the-kids/watch-kids-stories/.

Blue Dragon are working with young people by rescuing them from trafficked situations, giving them safe space to live and learn, education and skills support, rehabilitation, advocacy to get justice, and work with policy makers and enforcers to create a safer country for those at risk. In addition, they run a daily drop in center for street children to come together in a safe space for support and their basic needs. We were delighted to offer a pilot grant to Blue Dragon for them to organize a three day life skills workshop in July 2017 to teach vital skills otherwise not covered by education curriculum. These skills focussed on in the workshop include: Financial Literacy, Sexual Health and Career Preparation. We look forward to updating you with the success of their workshop and pilot grant later in the year.

From Ha Noi I took the night train up to Sa Pa to explore Northern Vietnam and meet both local people who had personal experience of trafficking, and trekking companies established to give local women sustainable and safe work. I met with three local companies to understand both what tours they offer, and how their model supported the local people. I spent time with a local guide, called So, who took me on a short trek to see the amazing stepped rice fields, and buy some delicious goodies at the local market before cooking them and eating together at her home (which you can see here). I also learned huge amounts about the region, traditions and issues from the founders of the company she works for Ethos Spirit who will support our travel trip here next January. Most of the trekking companies are owned and run locally and support local Hmong guides. Ethos Spirit were particularly impressive with their dedication to teaching their Hmong guides life skills, language skills and host workshops to help the women protect themselves against trafficking. Whilst in Sa Pa I learned so much about the local culture, lack of job opportunities outside of tourism, and some shocking stories of young girls who have been trafficked from the region.

Kidnapped into Marriage— trafficking or a local custom?

Within the Hmong culture in Sa Pa marriage often occurs at a young age. As most places in the world teenagers and young adults form friendships that have potential to transform into something more romantic. However, in the Hmong culture it is commonplace for young men to ‘kidnap’ young women to be their brides. The young woman will spend a few days at the young man’s house before deciding if she would like to marry him or not, if she chooses not to marry, she goes home. Most of the local women I spoke to were ‘kidnapped’ into marriage and this was seen as very acceptable culturally to both women and men. One of the main issues here is that if a young woman goes missing as a victim of trafficking, it may be a few days before the family realizes she has not been taken as a bride under cultural customs, and alerts the authorities – by which time she could be thousands of miles away in the interior of China and sold as a bride or sex worker.

Traffickers in the region are people these women trust – often relatives, neighbors, friends or potential boyfriends who lie in wait in village communities. They are motivated by money and are recruited by other traffickers, surprisingly many traffickers have been victims themselves. They work on gaining trust through whatever means, working up to the day they leverage on a trip to a local town or a ride in the countryside to lure their victim away (or take a chance to drug them) and keep on driving right into their connections in China. The stories shared by those who have been lucky enough to return are horrific from 13 year old girls gang raped and tortured by over 20 men in order to ‘break’ them for sex work that services up to 40 men a day, to the courageous 14 year old who, in the dark and 8 months pregnant and with no ability to swim, rafted her way across the vast Red River, in order to get home.

Armed with all this knowledge it became clear to me that education, action and support were so vital for this vulnerable community. 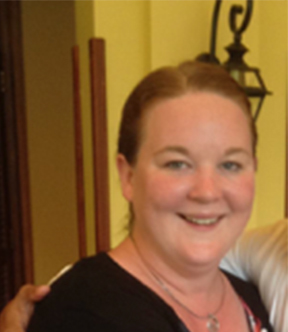 A complex and multi-layered issue…

For me the main take away from spending time with these NGOs, Sa Pa guides and local Vietnamese / Hmong people is that trafficking is often a complex issue and multi-layered. It is a sticky web of people having a lack of options, layers of choices, cultural norms and traditions and abuse. What I know for sure is that trafficking is at epic proportions and needs to be eradicated. With such complexity it must be tackled on every level from education as a tool to providing  upcoming generations more options; to educating boys and men about where many sex workers come from (and that these women lack rights); to rescuing victims and supporting them through rehabilitation. 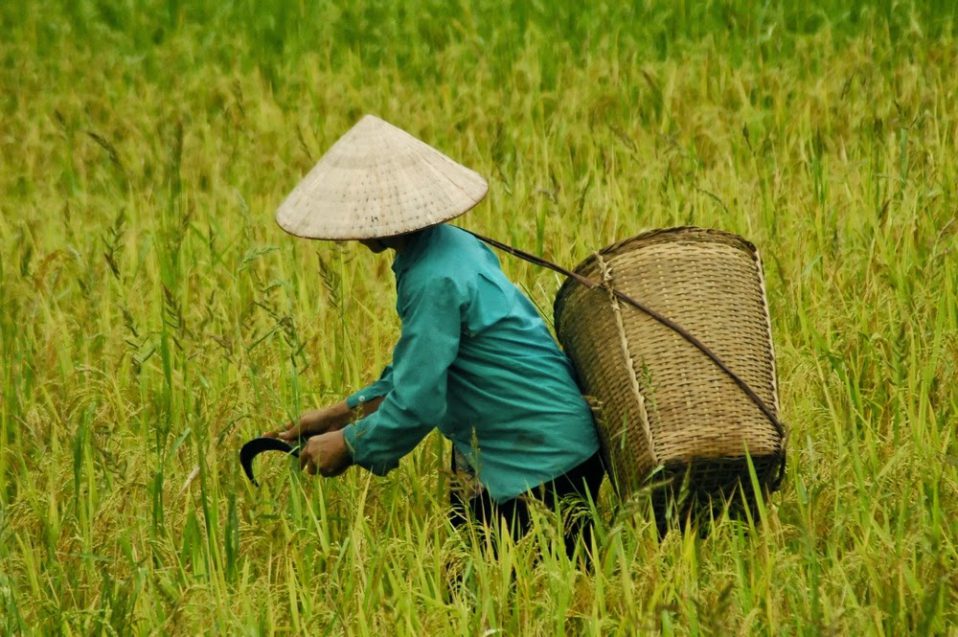 This trip was two fold— it allowed me to meet new NGOs to support, to learn about trafficking and make new and vital connections for GoPhil. At the same time, I had the opportunity to explore the rich culture of Ha Noi and take in the amazing scenery in Sa Pa. I spent some time visiting the best hotels, testing out the night train, and finding the right people to work with on the ground for our upcoming Journey through South East Asia.

Co-Founder Lydia Dean and I would love to spend some time immersed in learning with you, introducing you to these inspirational organizations and exploring their work first-hand as we delve into this wonderful and diverse country.

Click here for more information on the 2018 Journey Through South East Asia.