In July 2015, Gophilanthropic was awarded a $33,000 grant from the Mawardi Foundation for post-earthquake rebuilding efforts.  After researching and consulting with various organizations involved in rebuilding, GoPhil was introduced to the Ithaka Foundation who were using an innovative earth/sand bag technique used after the notorious 7.0 earthquake in Haiti.

The earth bag construction involves filling sewing and filling earth bags and using rocks from the old dwellings as the foundation for the new home.  Families are involved in the rebuilding themselves as well as other skilled labor from the local village.  The earth bag home is plastered and outfitted with other locally sourced materials, has a lifespan of 70+ years and is earthquake safe.

GoPhil began a pilot earth bag house in December, 2015 in the Dolakha district— a 5 hour journey east of Kathmandu, known as “Gateway to Mt. Everest” and one of the epicenters of the earthquake where 90% of the houses had either collapsed or badly damaged. GoPhil Program Manager Lilu traveled to Dolakha at the beginning and end of the project to monitor and evaluate progress.   The pilot house was successfully completed 8 days later.
GoPhil plans to fund 20 more earth bag houses in same district beginning Feb 1st, 2016. 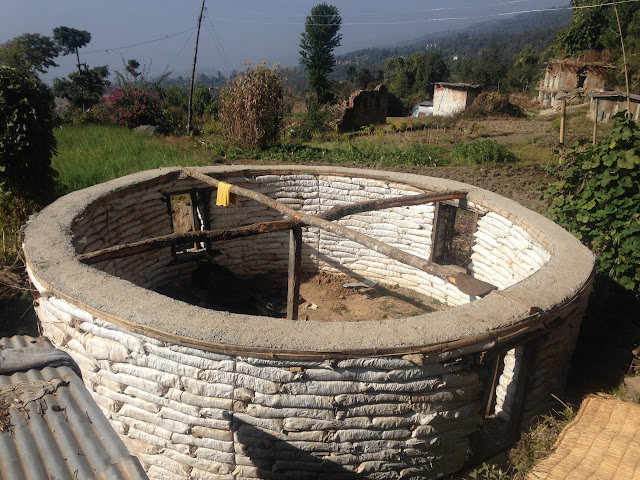