Highs and Lows at Shakti Shalini in India

Highs and Lows at Shakti Shalini in India

Earlier this fall, a violent gang assaulted, attempted to abduct and threatened the life of one of the Shakti Shalini Counselors on her way home from work. Despite reporting the incident to the police, no arrests were made and the same counselor once again received death threats on August 18th. Gang members continued to harass Shakti Shalini on social media in the days following this incident. According to Shakti Shalini, this violent retaliation came about as a result of taking in and supporting two survivors, a woman and her young child, and refusing to surrender them to the gang. The woman’s husband is apparently a central member of the gang and subjected her to severe domestic and sexual abuse, leading her to seek refuge at the Pehchan Shelter Home run by Shakti Shalini. Gang members reportedly attempted to enter the shelter and harassed several other staff members before the violence came to a head on August 7th. 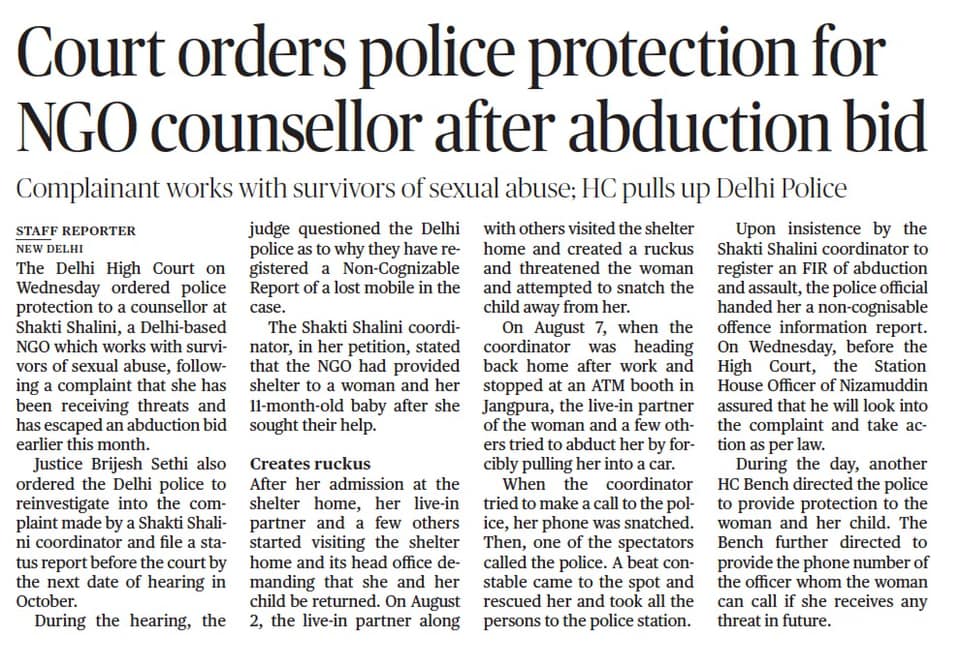 The Shakti team have been urging the police and government to take action to protect the survivors and staff members of the shelter. Finally, in late August, the Delhi High Court ordered police protection for the counselor and the Shakti Shelter. However, the road to safety and justice is far from over. This situation provides a glimpse into the immense courage and bravery of the Shakti Shalini team, and their strength to stand up for what is right, even in the face of immense danger.

On a more positive note, Shakti Shalini has seen an overwhelming outpouring of support from the NGO community in Delhi and beyond during this challenging period. Another NGO hosted a solidarity meeting for Shakti Shalini on September 7th which was attended by 60 individuals from 24 different organizations. Together, they brainstormed what can be done to ensure greater safety for human rights defenders, social workers and activists in their communities. Shakti shared that the meeting was very productive and concluded in a broad list of strategic suggestions for the future that will be shaped into a concrete plan of action, for the short and long term. A second solidarity meeting is scheduled for Sept. 21st to ensure that these plans lead to collective action. Additionally, several pro bono lawyers have volunteered to help with the ongoing legal and court proceedings. Shakti Shalini recently shared on Facebook: “Shakti Shalini is overwhelmed by the support and solidarity it has received across the social sector and from individual activists.”

The GoPhil team continues to work very closely with Shakti Shalini throughout this difficult period. Our Director of Programs, Emily, is in close communication with their team and met with several staff members in person in Delhi during our Monitoring, Evaluation and Fundraising Workshop which took place in September. Bharti, the Shakti Shalini Secretary, is also traveled to the GoPhil Gathering in Provence, where she will spent time with GoPhil Co-Founders and other members of our community. 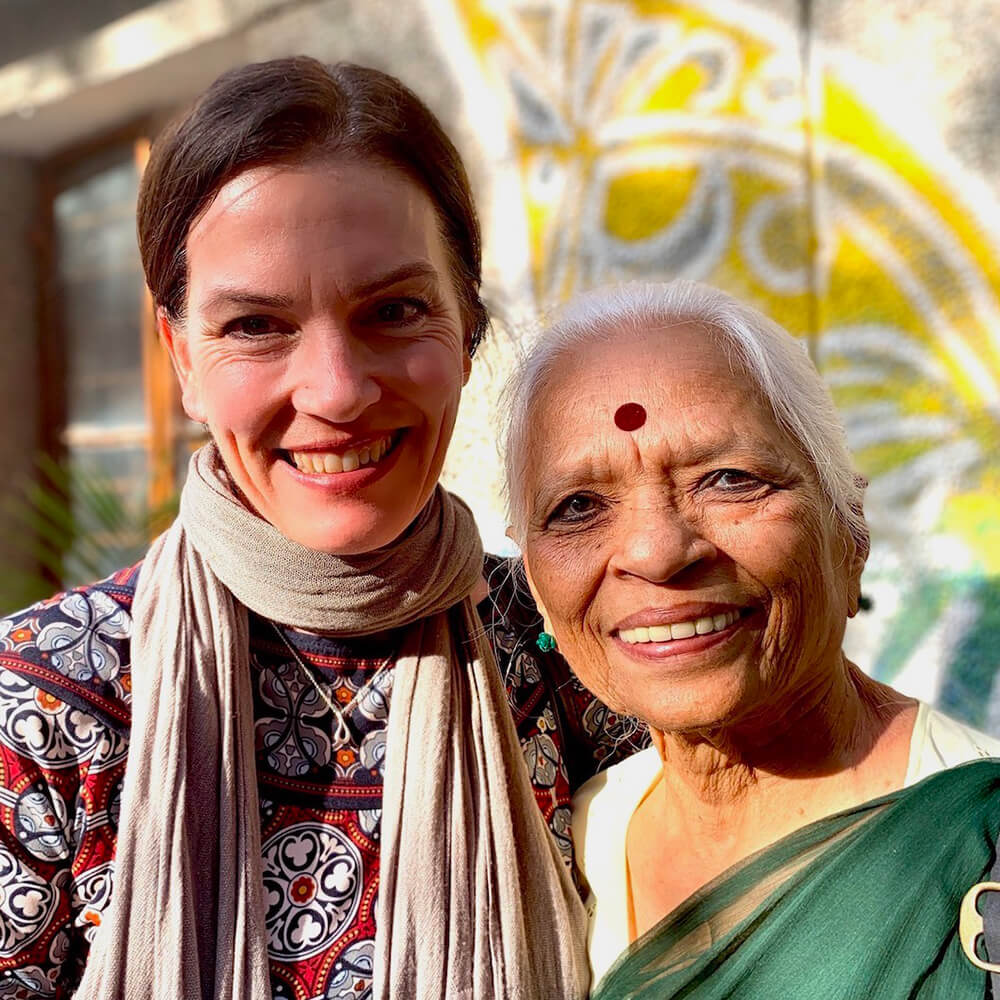 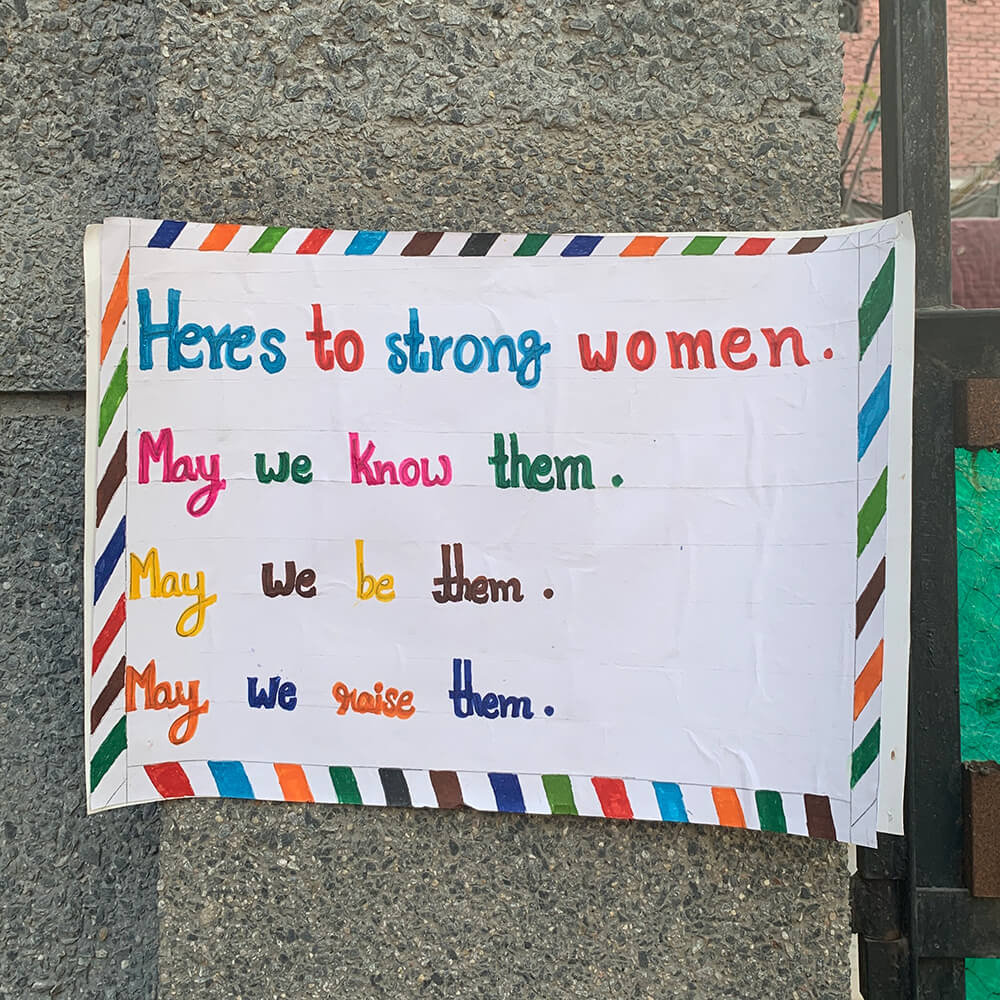