Despite significant barriers, the highly dedicated and courageous team at Blue Dragon Children’s Foundation in Vietnam continues to support survivors of trafficking and carry out rescues wherever possible.

“The Coronavirus pandemic has trapped women in slavery, unable to escape. With strict travel restrictions both at the border and within China, rescuing trafficked Vietnamese girls and women has never been more challenging. But the calls for help keep coming, and so Blue Dragon isn’t giving up. 22 victims of human trafficking are still awaiting rescue, and we are doing all we can to reach them.”
– Blue Dragon Team 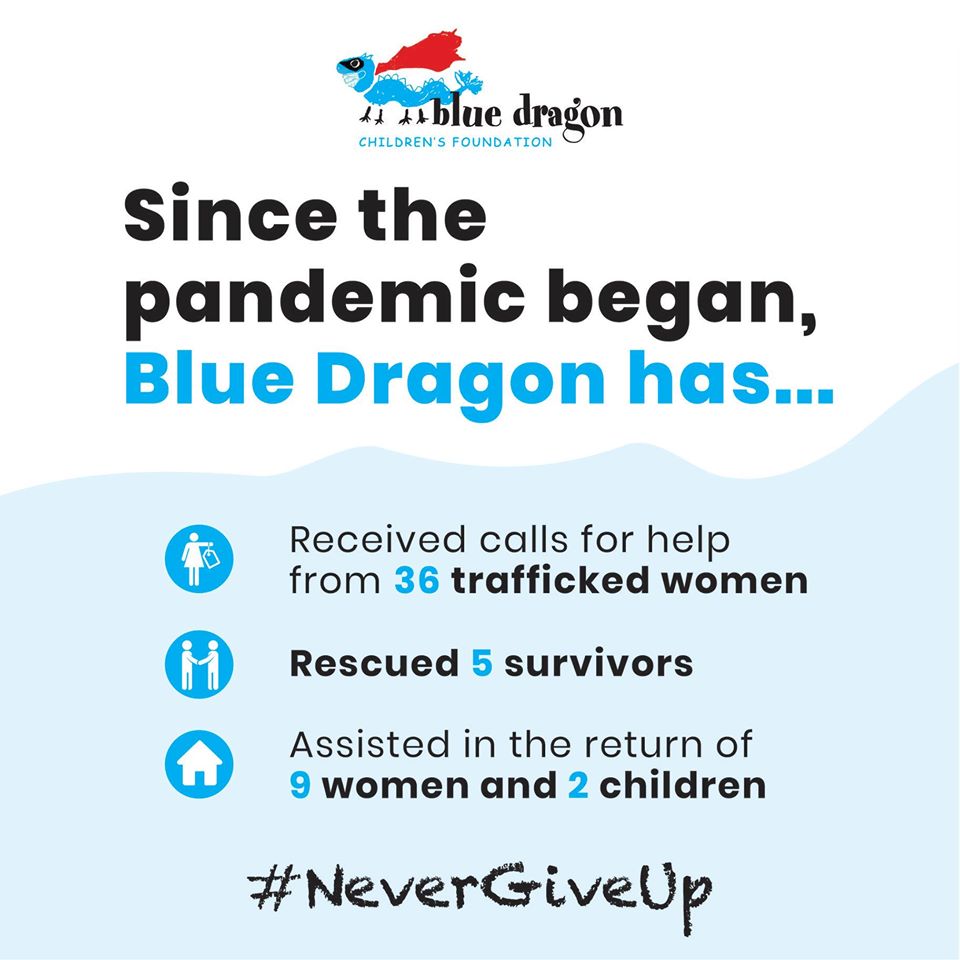 “I can be woken up at 2 am by a message; I must reply to this message immediately. Then, I must wait for a response – even if it means I stay up all night. We understand that these women may only get one chance to call for help, and if we miss it, we might miss them for life.” – Van Ngoc Ta, Blue Dragon Team Member

Thoan was born into a very poor family in a rural village in Vietnam. In 2017, she joined some other people from her village and traveled to Mong Cai city, bordering China, to work as a porter. While working there, she made friends with a man who offered her a trip to China with him as a short holiday. Thoan was very excited as she’d never had the chance to have a holiday before. However, once she crossed the border, her ‘friend’ handed her over to another woman who then sold her into a forced marriage. Her Chinese ‘husband’ turned out to be very violent and physically abusive. Thoan attempted to escape several times, and finally succeeded at the end of January 2020. Some kind people found her and took her to a police station. She was then sent to a social protection center for safe accommodation. When the center and the police realized she was a survivor of trafficking they contacted Blue Dragon to help arrange for her safe return to Vietnam.

Despite the border being closed, Blue Dragon was able to work with the border guards and in late February Thoan stepped back into her home country for the first time in two years. She was provided with a medical check and was then quarantined to ensure she did not spread the virus to her community. Thankfully, Thoan was not infected and once her quarantine time was completed, Blue Dragon collected her and helped her to return home. Blue Dragon is now providing the follow up support she needs to recover from the trauma of her experiences and rebuild her life in Vietnam.

“Traffickers prey on vulnerable people, so we expect to see an increase in human trafficking and labor exploitation. There are still a lot of travel restrictions in China at the moment, so we are unsure whether there is an increase in trafficking there right now, but we are definitely receiving more calls for help from trafficking victims who are trapped in China. It is just very difficult to reach them at the moment.”
• Skye Maconachie, Blue Dragon Co-CEO •

In addition to this urgent work rescuing and supporting survivors of trafficking, Blue Dragon is responding to COVID-19 in the following ways: 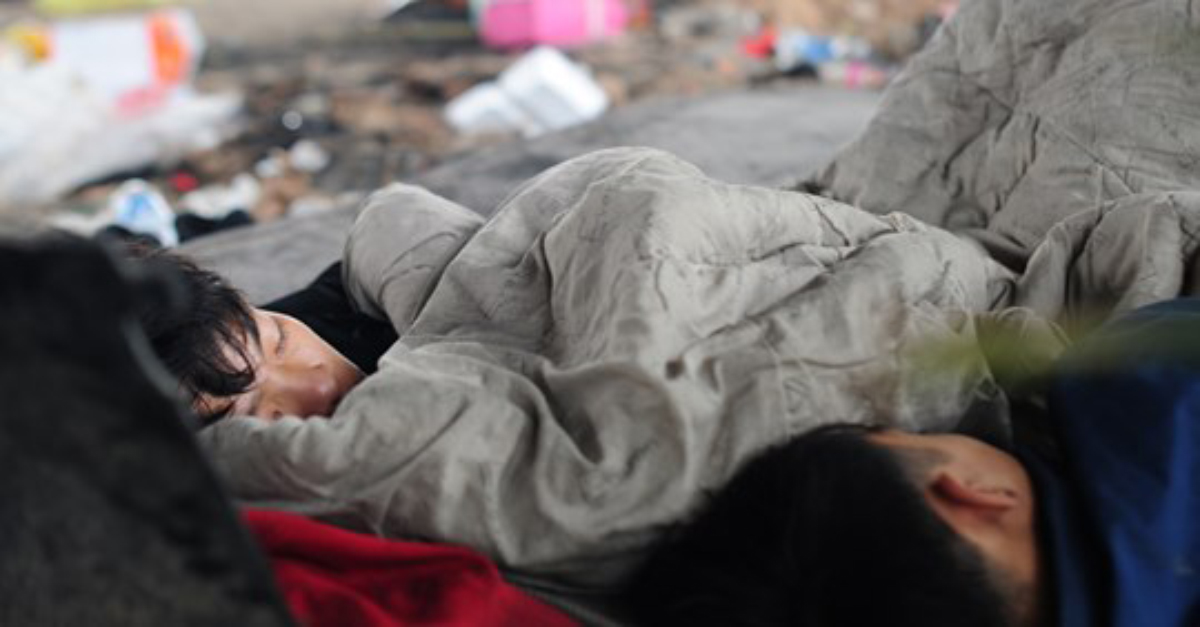 “I think what we are seeing is just the tip of the iceberg and it will get much worse over the coming months. Many of the children and families we work with were already in poverty or in crisis, so now they are reaching a breaking point as they have no means to make a living. Many of the children have already experienced some form of abuse in their homes, the community, on the streets or when they were trafficked. People are under a lot of stress, and so if abuse already exists in a household or community, it can be amplified by this situation. This puts children at high risk, especially where there is alcoholism or drug use, or if they come from a broken family. Our staff are staying in very close contact with children who are at home and in the community to ensure their safety.”
• Skye Maconachie, Blue Dragon Co-CEO •

As the crisis continues to evolve, the needs of communities continue to grow. The GoPhil Rapid Response Fund provides quick and flexible funding to support emergency relief efforts spearheaded by partners like Blue Dragon. Let’s join together in solidarity with these partners and communities during this time of urgent need.