GoPhil partner Blue Dragon was thrilled to learn of the overwhelming support they received in response to our fundraising efforts this year – during the holiday season alone, our GoPhil community collectively raised 10 thousand dollars! With this funding, the Blue Dragon team is able to conduct four additional trafficking rescues this year, three of which have already been completed successfully.

Blue Dragon rescues are conducted in close collaboration with law enforcement officials and are very comprehensive, including legal services, counseling, intensive rehabilitation, life skills and advocacy support. This holistic approach ensures survivors of trafficking can go on to lead more safe, healthy and empowered lives – to not only survive, but thrive! 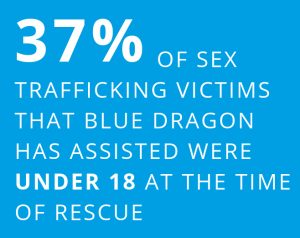 The Blue Dragon team has started allocating funds toward rescues for the large number of girls currently being trafficked from Vietnam to China and sold into forced marriages. These girls are typically lured from rural, disadvantaged communities close to the Vietnam-China border under false pretenses, such as the promise of a high-paying job, then sold into forced marriages where many are treated inhumanely and held as domestic slaves. Others are captured and brought across the border against their will. This channel of trafficking is a relatively new trend, and research indicates that the demand for brides in China is an after-effect of the “one-child policy” which resulted in a very large male population and relative “shortage” of women for them to marry.

The statistics are quite astonishing: Officials estimate that 75% of all trafficking victims in Vietnam are women and girls who have been coerced or forced across the border to China and sold into marriage, prostitution or labor against their will. Blue Dragon alone reports that they are currently rescuing around 110 girls and women from China each year, or 1-2 each week. Between January and May 2019, the team carried out 32 rescue operations, successfully bringing home 42 survivors of human trafficking from China. 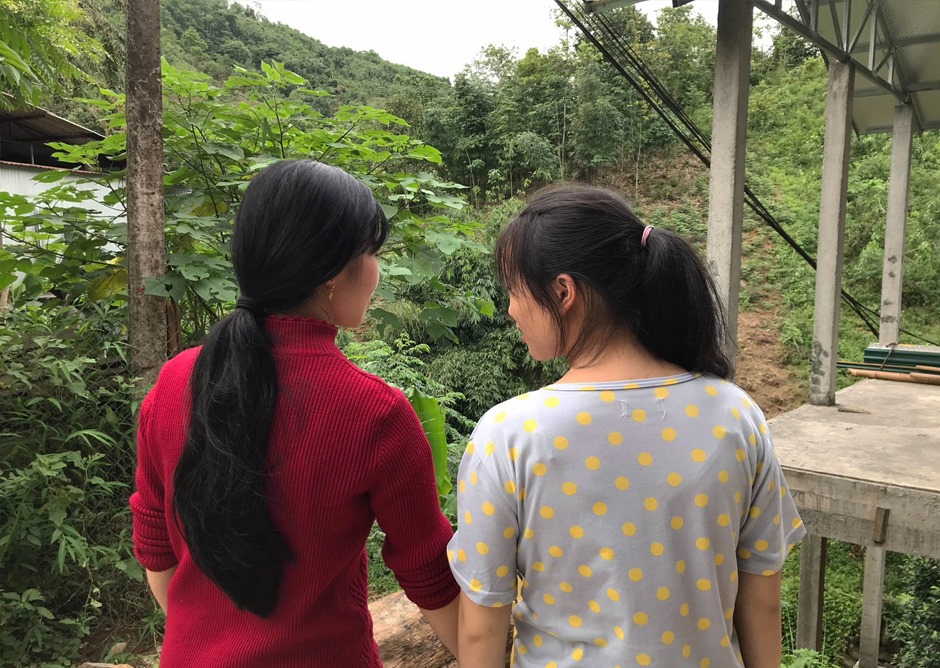 Following is a short story of “Duong”, a girl who was rescued from China by the Blue Dragon team in December of 2018: 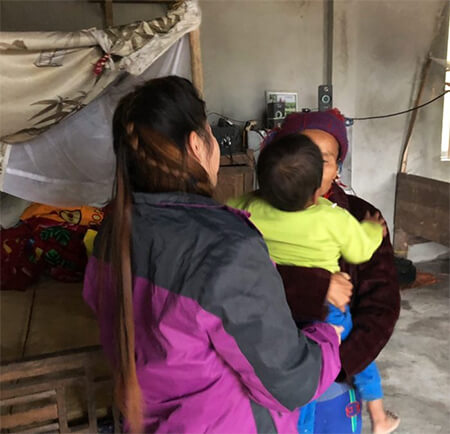 Duong, reunited with her mother and young child.

“At age 24, ‘Duong’ was a single mother in central Vietnam. She was once married, and had a child, but then her and her husband divorced.

After her divorce, Duong started dating another man, and after almost two years he invited her on a holiday to China. Having spent so much time with him, Duong had no reason not to trust him.

But as soon as they crossed over the border, Duong realized she had been deceived as she was sold into a forced marriage.

Duong missed her child like crazy. So after almost one year of being trapped in her “husband’s” house, she was desperate to be free. At 3am, she used a rope to escape from the second floor of the house, and ran for two hours until she found someone who helped her to the local police station.

On Christmas day, Blue Dragon received the call for help and brought Duong back to Vietnam, and into safe accommodation. After some care and support, she felt ready to go back home to her family.

The photo shows the moment she was reunited with her mother and her young child. Duong still has a long road ahead of her, but with her family [and Blue Dragon] by her side, she can do anything.”

With the continued support of our amazing GoPhil community together we are helping more young women like “Duong” return home to Vietnam, heal from the trauma suffered, reunite with families, and forge bright new futures.