In 2015, AVANI started its first of two shelters for homeless, destitute, and mentally ill women in Kolhapur, India.

Now, three times a week as the sun sets, our survey team heads into the city to identify homeless women in the city of Kolhapur, India. The women found during our survey and those who need immediate help are brought to the shelter and provided with food, clothing, and medicine. They undergo a general check-up at the local government hospital.

AVANI is committed to protecting deprived, homeless, and at-risk women from all types of violence and to make them self-reliant, and empower them. We also identify mentally ill women living on the street and provide them with quality medical and health services, as well as advocacy with the government for proper rehabilitation. Every month with the help of our staff caretakers and managers 12 surveys are conducted in the Kolhapur city and surrounding district areas. Those who need support are brought to the shelters. 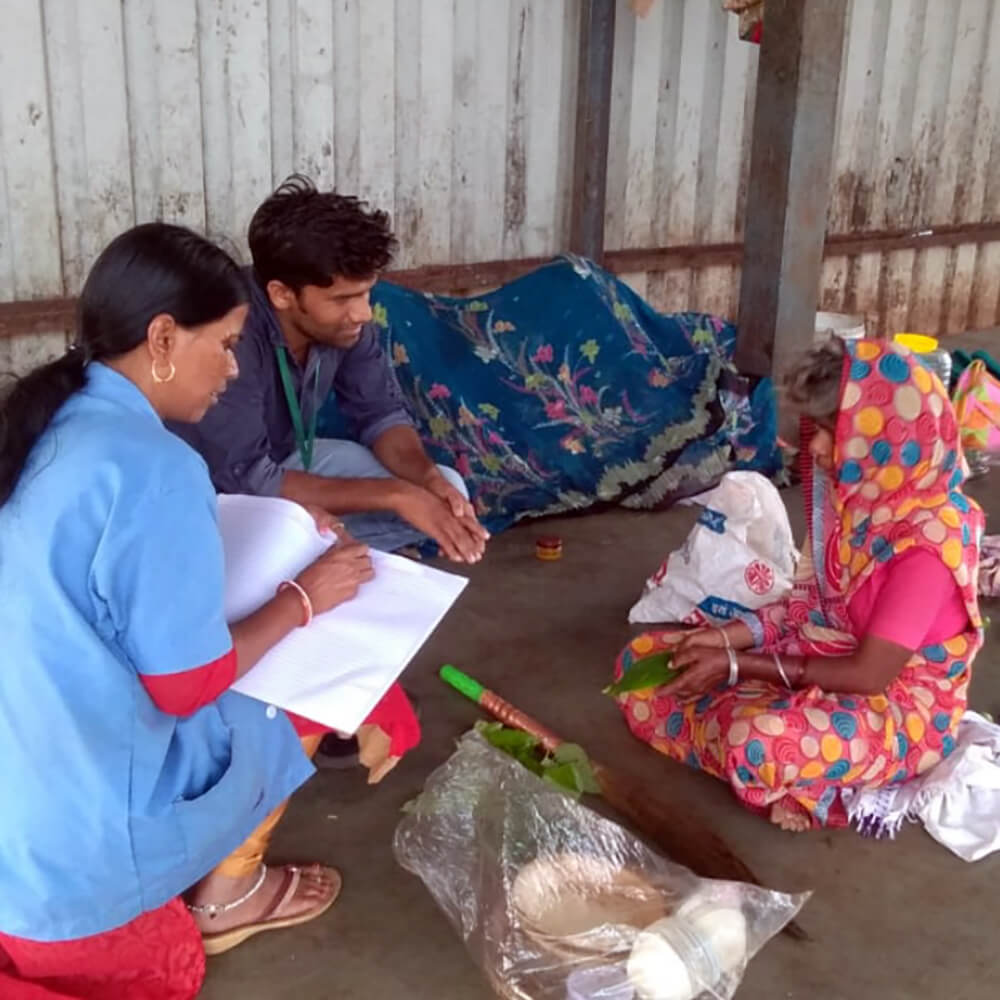 Survey to identify homeless women on the streets of Kolhapur. 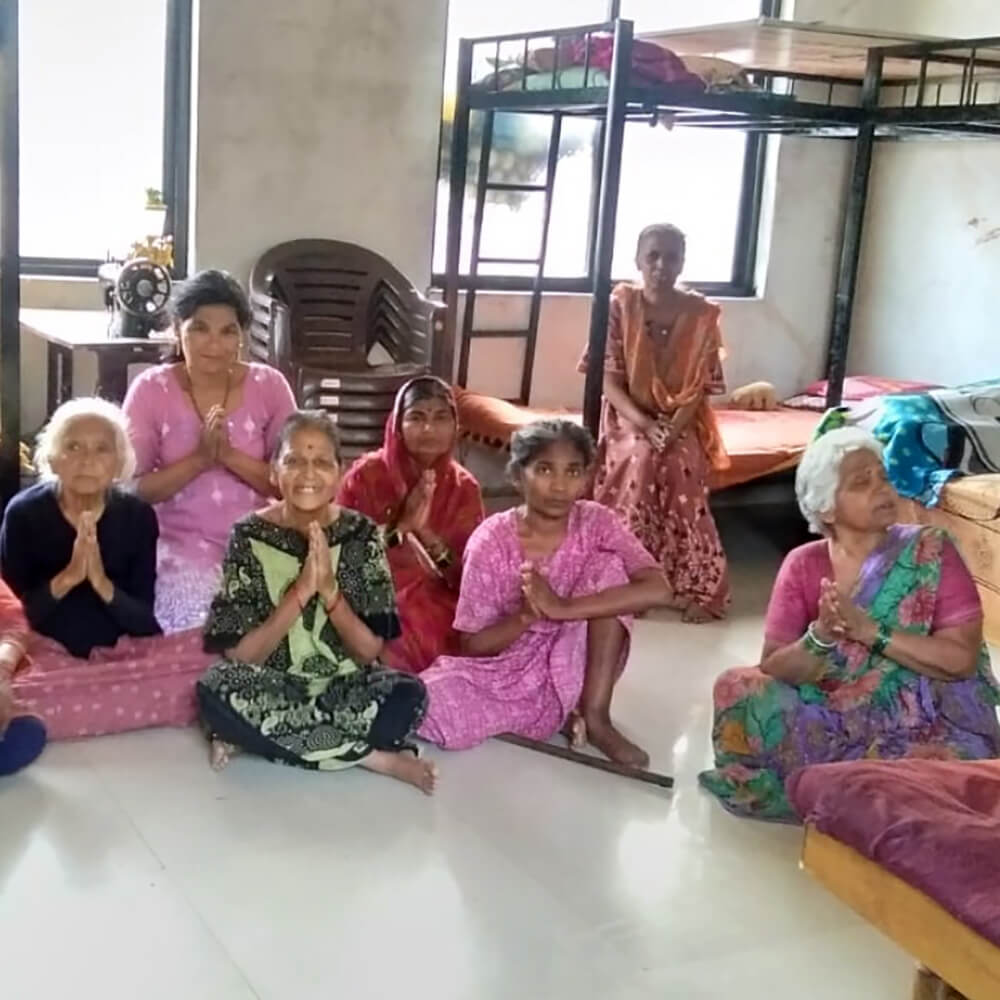 In 2020, our weekly surveys located 307 homeless women living on the streets. 101 of these women said they were not ready to come to the shelter and 206 women agreed to come with us to our shelter home. While at the hospital, each woman is examined and receives a Covid-19 test, along with testing for fever, cold, cough, HIV, and blood. After this, bathing and personal hygiene are taken care of at the shelter home.

206 women between the ages of 20 to 75 years were protected, received proper care and a dignified quality of life by AVANI in 2020.

Last year, six women died in peace at our shelters instead of alone on the streets.

AVANI provides free pre-legal counseling services and protects women from being exploited and harassed by their relatives, in-laws, husbands, or society. We help them become mentally and emotionally strong and find opportunities to make them self-reliant and confident. 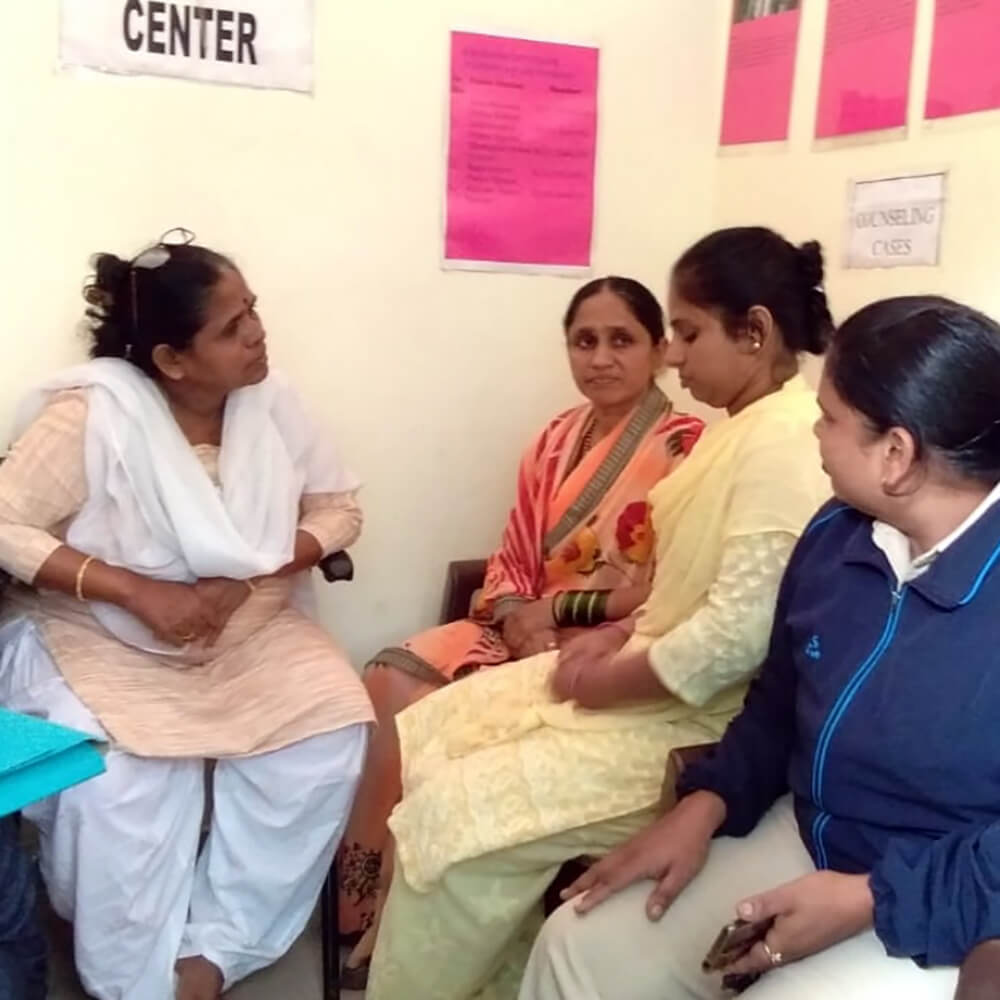 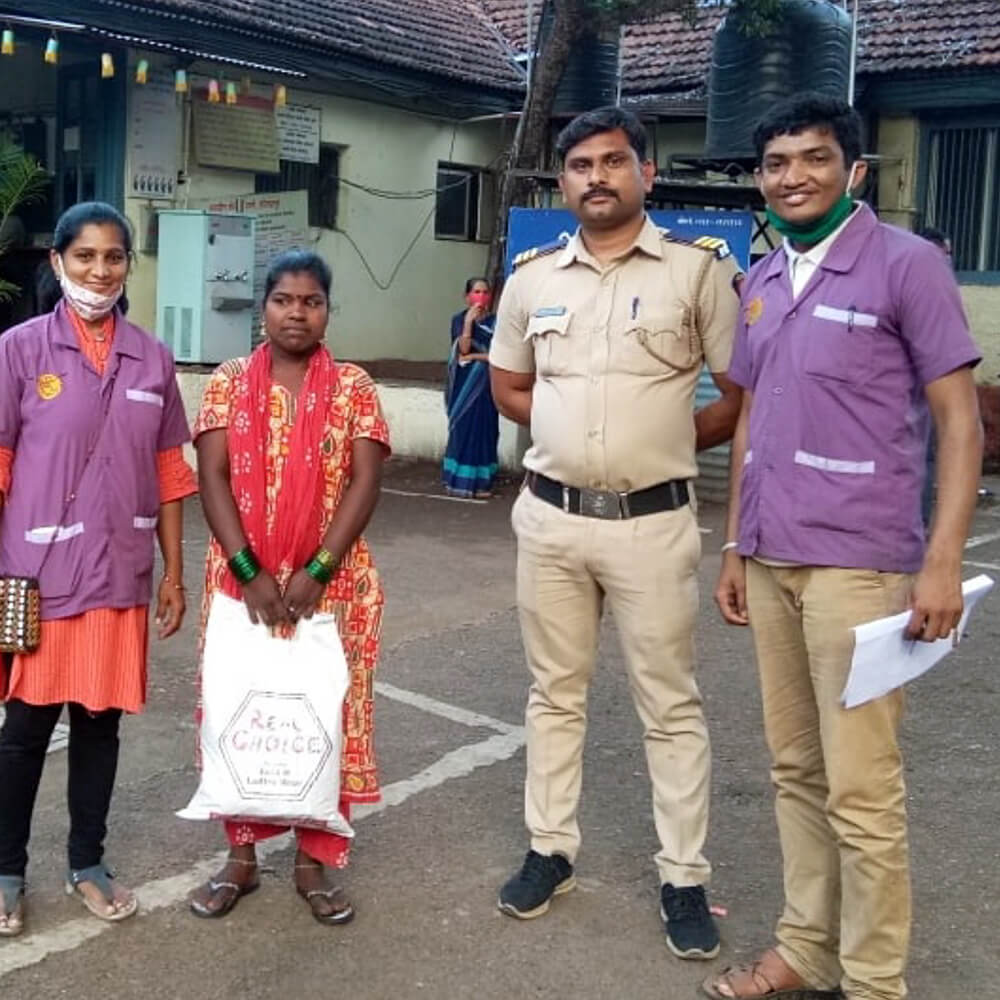 GoPhilanthropic’s support assists AVANI in running our counseling center 24×7. Women who have experienced domestic violence can approach the center anytime for a counseling session. As required, the cases are reported with the police and the courts on divorce and property matters. This past year, 265 women came for counseling for domestic violence, property issues, extramarital affairs, and court cases.

Each year, more women are approaching the counseling center because AVANI has established an effective set of counseling services. During the Covid-19 period, many women approached AVANI for additional guidance help because our courts are closed.

250 Cases were resolved and resettled

11 Cases are still in process 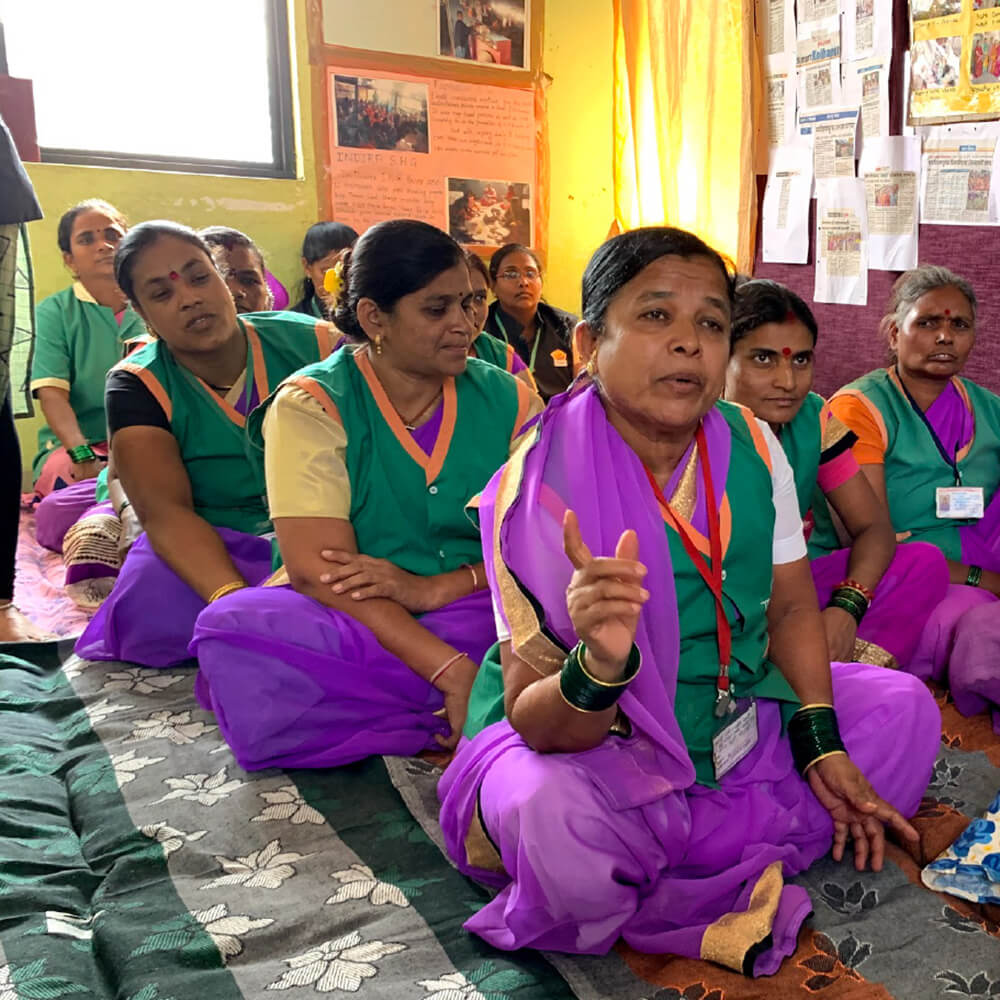 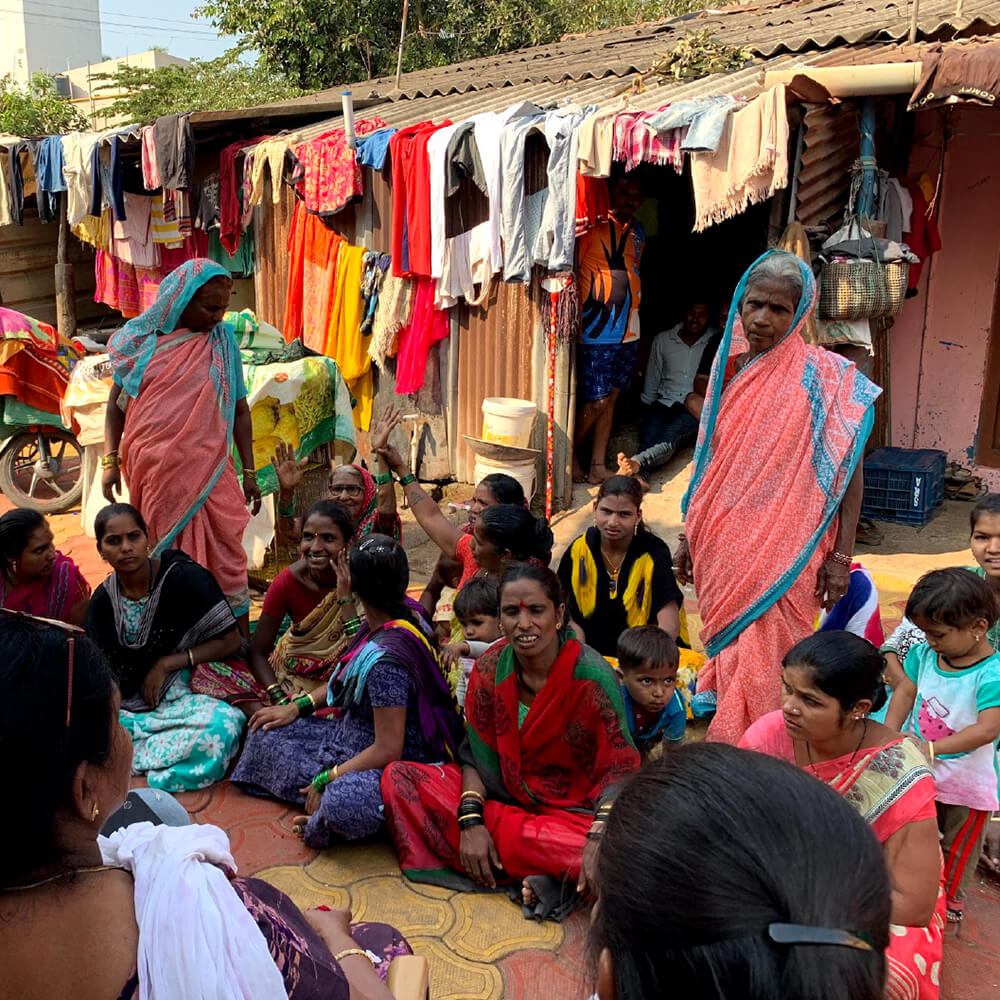 AVANI also conducted Vocational Guidance Trainings on starting a ‘green business’ for each of the self-help groups, during which they learned to make cloth and paper bags, were taught how to shred single-use plastic for recycling, and how to systematically make organic compost from the wet waste they collected each day. 54 women have now started their own green businesses and are able to generate a sufficient amount of supplementary income for their own livelihood.

Seeing how the women worked together and saved their own money for the common good of all the waste pickers, the Municipal Corporation’s National Urban Livelihood Mission (NULM) Department decided to offer their own financial support to the groups. The NULM provided an additional ₹10,000 ($137) to each self-help group for their emergency fund.

During the first nationwide lockdown, AVANI started an emergency shelter for people who were not able to return back to their villages due to the shutdown of transport services. For the next three months, AVANI provided food, clothes, shelter, medicine, and emotional support to 45 women. AVANI provided food relief kits for the waste pickers three times for six months, during which 940 women benefited from the support. 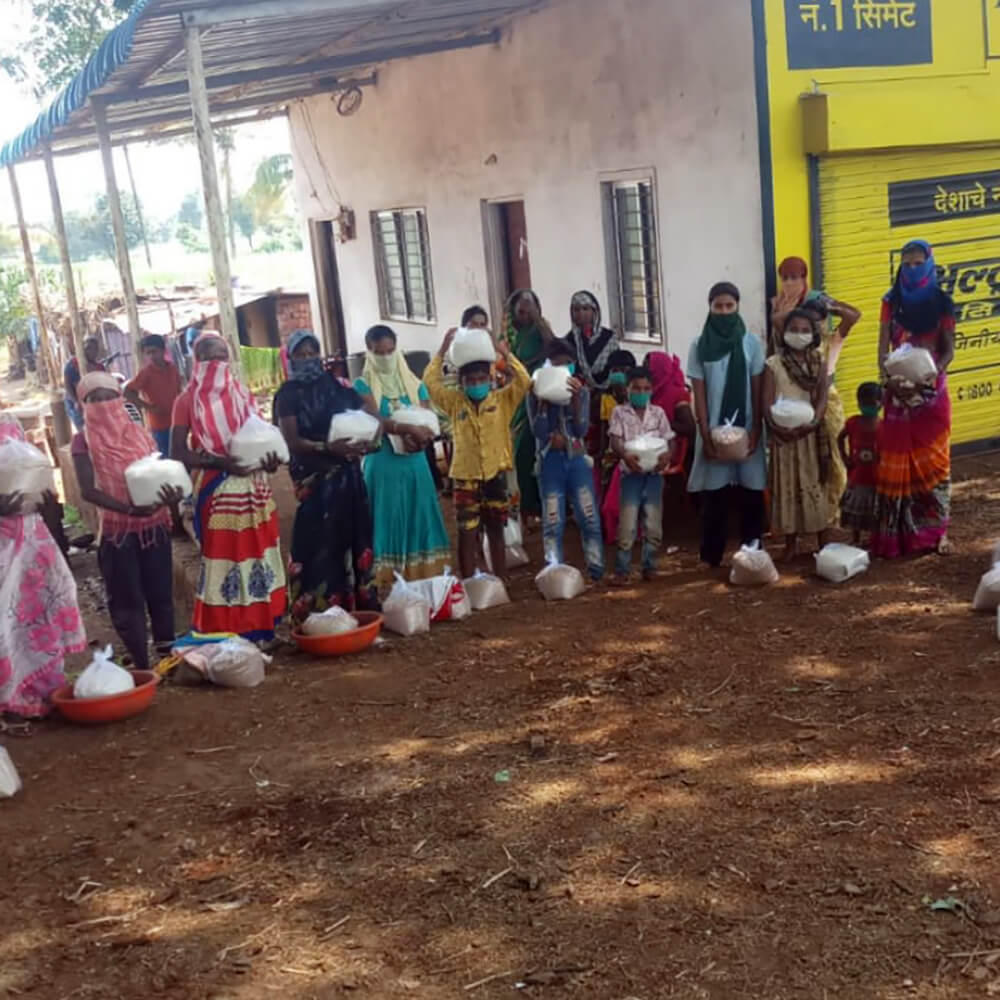 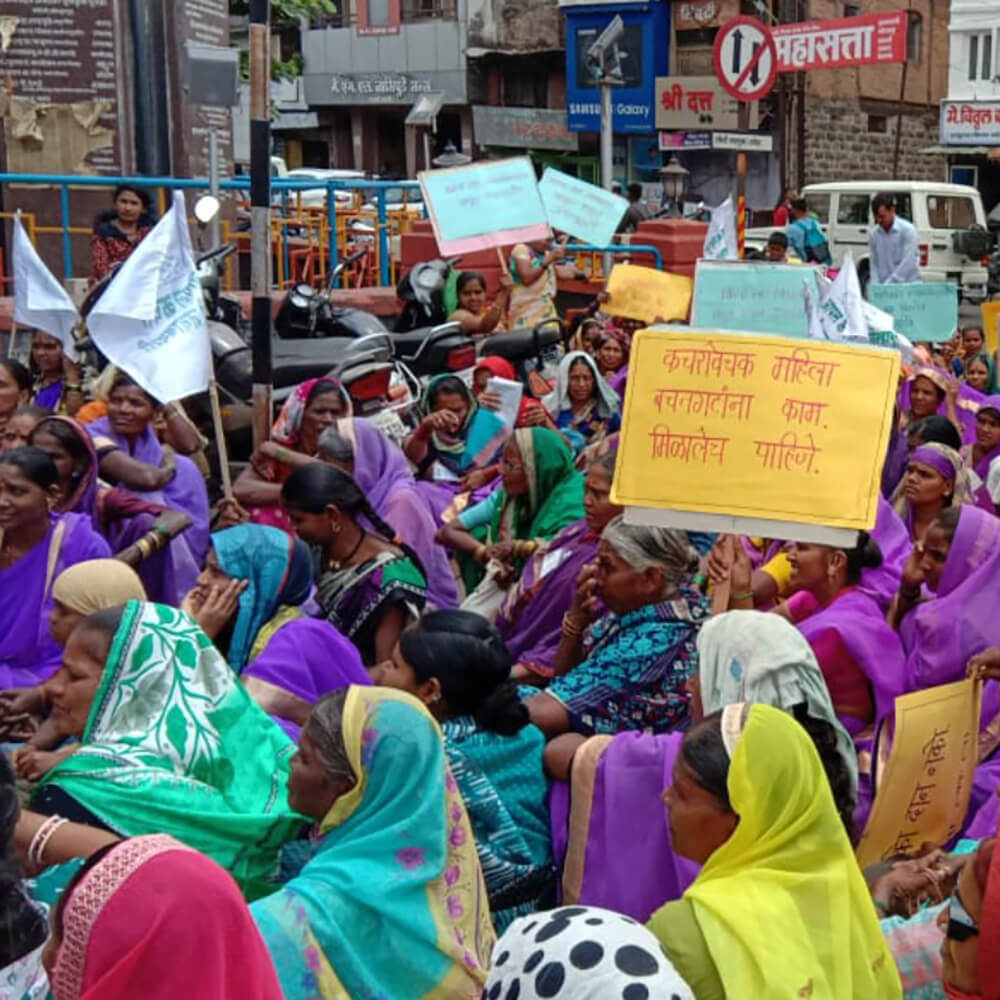 Advocacy for the rehabilitation of women with mental illness.

Most mentally ill women are not accepted by their families. Since they are not receiving proper psychiatric care for their illnesses, they become homeless. Their families do not look after them and society does not accept them. AVANI is not able to care for their needs in our existing shelter homes because many times, they are harmful to the other women. After experiencing these conditions, we are advocating with both local and state governments to provide special services for mentally ill women in every city in our state.

AVANI was able to purchase two new sewing machines and taught the self-help groups how to sew quality masks for them to sell during the lockdown. Over 7,000 marks were manufactured by the self-help groups and 5,000 masks were sold with 100% of the income generated going back to these women.

GoPhilanthropic Foundation was first introduced to AVANI’s work in 2009, during a trip with Dr. Arun Gandhi to learn about the plight of migrant communities and the vicious cycles that emerge from bonded labor. Since that time, the GoPhil community has contributed to the enhancement and expansion of AVANI programs and we continue to be astounded by the vast array of programs Anuradha and her team put into action.

Through the power of policy analysis, advocacy, and bold action, AVANI leverages the success of its programs to achieve lasting results for women and children in Kolhapur. They mobilize grassroots support, hold the local government accountable, advance policy change, and secure financial investments that benefit thousands of the region’s most vulnerable people.

You can show your support today by making a donation to AVANI or by joining GoImpact with a monthly giving commitment.