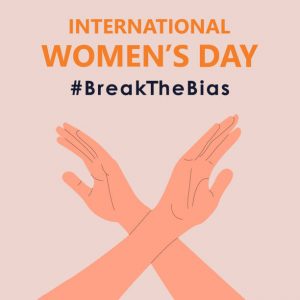 International Women’s Day and Women’s History Month both take place in March – giving us the opportunity to reflect on how far we have come in the fight for gender equality, while also acknowledging all the work that still needs to be done. During Women’s History Month we recognize the amazing contributions that women have made to society, while International Women’s Day (the 8th) is a call to action for us to continue demanding change globally and locally.

This year’s theme is ‘breaking the bias’ and is summarized as follows:

Imagine a gender-equal world. A world free of bias, stereotypes, and discrimination. A world that’s diverse, equitable, and inclusive. A world where difference is valued and celebrated. Together we can forge women’s equality. Collectively we can all #BreakTheBias.- International Women’s Day

We believe that our partners working in the Human Rights sector perfectly embody this sentiment, as they have courageously demanded change, educated their communities to combat stereotypes and harmful beliefs, and are actively working to provide a better future for women and children. In this post, we wanted to highlight the incredible work of these partners:

EntreMundos was established in Quetzaltenango, Guatemala in 2001 to shift this power imbalance and elevate the smaller, local organizations, associations, and grassroots groups. With its database of over 900 local NGOs, EntreMundos helps give these resilient groups the opportunity to defend and promote the human rights of the most marginalized populations in the country. Learn More 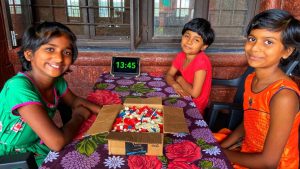 AVANI is a prime example of how grassroots, community-centric work can solve some of India’s toughest problems, including child labor, child trafficking, and female infanticide. Anuradha, the founder of AVANI, is a former child laborer herself and has spent decades fighting for the protection and promotion of women and child rights. Anuradha is now a well-known advocate and force for social change in Kolhapur district, Maharashtra, India where AVANI is based.

AVANI’s primary focus is on high-risk industries like brickyard and sugarcane factories where migrant and child laborers are employed. Through courageous action and advocacy, the AVANI team has been highly successful in motivating families and brickyard owners to stop sending children to work, having now reduced child labor in the region’s brickyards by 95%. Learn More

ECF was established in 2009 with a mission to address the national epidemic of male violence and raise every boy in India to be gender equitable. They believe that if boys and men are given the tools, knowledge and space to learn and practice respectful positive behaviors, they can become powerful allies in the fight for gender equality.

“These boys are not born violent or discriminatory. If they’re given the opportunity to do something different, they will,” explains ECF Co-Founder, Rujuta Teredesai. Learn More 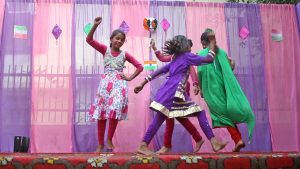 Shakti Shalini was founded in 1987, after Ms. Satyarani Chadha and Ms. Shahjahan Apa’s young daughters were brutally murdered, burned alive by their in-laws due to insufficient dowry. The shared tragedy bound the two mothers to each other and launched them into a fierce battle against gender violence.

Shakti Shalini began with two key services: counseling and a shelter home for women in distress in Delhi, the first non-governmental shelter India had ever seen.

GB Road is the second largest red-light district in the world, housing over 95 brothels and an estimated 4,000 sex workers. The SMS Center was opened by the courageous and compassionate Lalitha S.A. when she learned that the vast majority of women on GB Road had been trafficked, lured by false jobs, and now forced to live there with their children. The SMS center was founded to provide their children with a safe and secure environment to sleep and be cared for, away from the influences and dangers of the red-light district. SMS is run by a dedicated team of social workers and is the only center in the area supporting children seven days a week, 24 hours a day. Learn More

Vikalp Sansthan was created in 2004 by a group of young social workers determined to fight for children’s futures by ending child marriages, gender-based violence and gender discrimination. Vikalp means “alternative” and Vikalp Sansthan’s goal is to find and promote alternatives to the existing social structures that contribute to and promote discrimination, violence and inequality. To enact change from the grassroots level, Vikalp ignites the younger generation to be agents of change to promote equality and opportunities, regardless of gender. Learn More

Maji Moto is an organization led by Hellen, who escaped child marriage and stood against cultural norms to fight for her freedom. Today she is a fierce advocate for local women and girls, fighting for their right to be free from child marriage, free from female genital mutilation (FGM), and free to access education. Today Maji Moto prevents girls as young as six and gives them the opportunity to be the community’s next generation of leaders and change-makers! Learn More 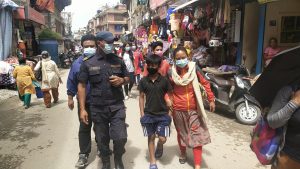 It is estimated that there are nearly 100,000 children trapped in forced labor in Nepal – typically working 15+ hour days in hazardous, deplorable conditions, with limited food, no protective gear, and often without pay. In addition, the trafficked children often suffer from physical, emotional and sexual abuse. Child Rescue Nepal (CRN) was created to counteract this extremely dark industry and fight for the rights and futures of all children in Nepal. Learn More

Step Ahead Program provides comprehensive care for children in crisis, including street children and children with disabilities. Education for Kids At Risk prevents trafficking in rural provinces of Hanoi by working with disadvantaged families and supporting and encouraging them to keep their children safe and in school. The Safe & Sound Program team work closely with the Vietnamese police to identify, locate and rescue children out of forced labor in sweatshops, ensuring their safe return home to their families and providing long-term counseling and educational support to assist with the transition.

And they have so many more incredible initiatives! Learn More 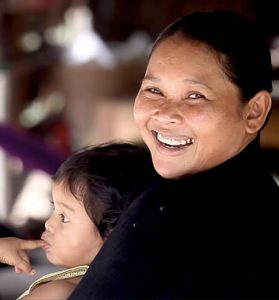 “I asked survivors who had been rescued how I could help, and I was hardly prepared for their answer. I thought they’d want something straightforward and easy to provide, like university tuition fees, but they didn’t want anything for themselves. Instead they wanted for no other girl to go through the horrors they’d been through.”

International research shows that access to education is vital in reducing the risk of trafficking, especially for young girls. When Free to Shine was established, there were organizations focused on rescuing and supporting survivors of trafficking in Cambodia, but none specifically working to prevent the trafficking from happening in the first place. The survivors had identified a gap, and so Free To Shine was established in 2010 and is now formally registered in Cambodia and Australia. Learn More

Have any of our partners inspired you this International Women’s Day? You can help them advance their goals by contributing to their programs.

If you would like to learn more about the work of our partners and other ways you can contribute to #breakthebias this month, contact us here.

FacebookTwitterLinkedInWhatsAppEmail
We use cookies on our website to give you the most relevant experience by remembering your preferences and repeat visits. By clicking “Accept”, you consent to the use of all cookies.
Cookie SettingsACCEPT
Manage consent