Born into a traditional Masaai family, Hellen Nkuriaya was married off in exchange for cows multiple times by her father, starting at the age of nine. Hellen bravely stood up to family and community pressures in order to escape from these marriages and attend school. Her hard work and commitment were eventually rewarded with a scholarship to go on to higher education.

Now, Hellen is a fierce advocate for local women and girls, fighting for their right to be free from child marriage, free from female genital mutilation (FGM), and free to access education. FGM is a life-threatening procedure, widely considered to be a human rights violation, that has been banned in Kenya since 2011; however, it is still widely practiced in rural, tribal communities like Maji Moto. Despite advocating for the elimination of these harmful practices, Hellen also works to preserve traditional Masaai culture and is an outstanding, respected leader in her community.

“I have promised myself not to stop fighting for girls until my community stops exchanging girls for cows.”
• Hellen Nkuraiya, Founder of Maji Moto Enkiteng Lepa School •

Rescue Center: In 2002, Hellen started rescuing girls from FGM. While FGM is officially outlawed by the Kenyan government, many continue the practice as part of their culture and a rite of passage for girls. As a former government teacher, Hellen knew the best way to protect girls was to enroll them in school where they are cared for, educated, and under the protection of the Kenyan government. According to Helen, there are always more girls than available spots for them at the school.

Enkiteng Lepa School: Maji Moto’s Enkiteng Lepa School was founded by Hellen in 2008 and is now a four-classroom school with administrative buildings, a dormitory and housing for teachers. This educational complex enables Maji Moto community members – both children and adults, though mainly young girls – to receive basic education. Evening courses are also provided to allow children who must care for livestock during the day, and adults who wish to further their education, to access education.

Continuing Education: After graduation from the Enkiteng Lepa School, Hellen and the team assist girls in applying for and securing scholarships to go on to attend high school, a life-altering opportunity.

Widows’ Village: In the Maasai culture, young women are often married off to older men, increasing the likelihood of being widowed. In this culture women do not have a right to own (or inherit) any property, and teenage widows with children are often left behind when a husband dies, leaving them with no home or means to survive. They are typically uneducated and unable to find work, leading to further poverty for themselves and their families. In 2007 Enkiteng Lepa established a Widows’ Village where women can peacefully live, support one another and find ways to work. They currently earn income by caring for livestock, performing traditional singing and dancing for tourists, crafting and selling beadwork, and running a solar cell phone charging business. 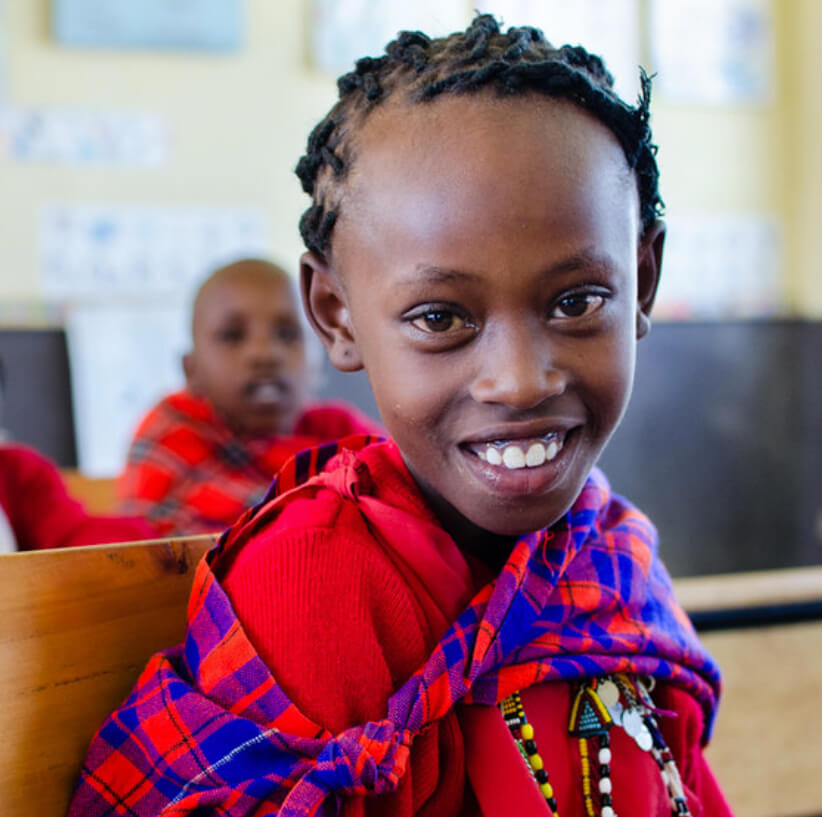 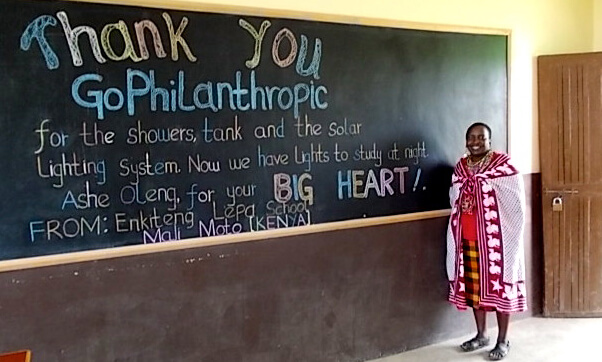 Maji Moto Enkiteng Lepa prevents girls as young as six from a childhood that includes early marriage and FGM – practices that Hellen believes reflect deep-rooted gender inequalities. Over the years, the Maji Moto Enkiteng Lepa School has become one of the most reputable schools in the region, preparing students to be the community’s next generation of leaders and changemakers!

Maji Moto Enkiteng Lepa is unique in how it delicately balances maintaining and celebrating the Masaai culture while simantounsely advocating to counteract cultural practices that are harmful to women and girls. Speaking out against gender violence and discrimination can be extremely difficiult in more conservative cultures, but Hellen and the Maji Moto Enkiteng Lepa team continue to make incredible strides in the fight for gender equality. 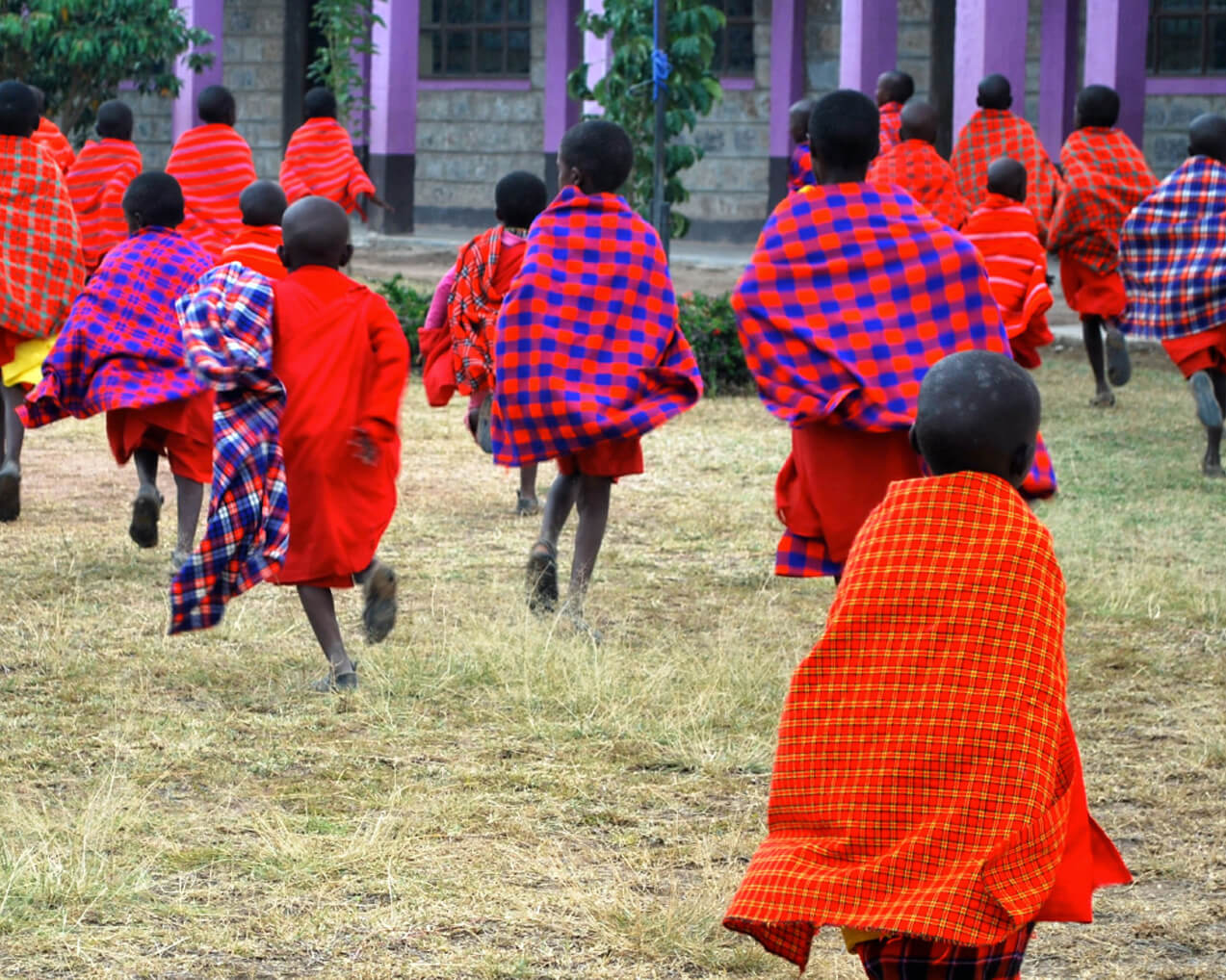 In our recent blog posts, we have been taking an indepth look at GoPhil's key sectors and discussing their importance to our community, their impact on global equity, and how our partners’

International Women’s Day and Women’s History Month both take place in March - giving us the opportunity to reflect on how far we have come in the fight for gender equality, while also acknowledging

by Corinne Yank, GoPhil Communications Manager GoPhil's Rapid Response Fund was launched at the very beginning of April 2020. At such an uncertain time and in the face of the mounting COVID-19 crisis, the

Fighting for Girls’ Rights in Kenya

by Corinne Yank, GoPhil Communications Manager “I have promised myself not to stop fighting for girls until my community stops exchanging girls for cows.” - Hellen Nkuraiya, Founder & Director at Maji Moto Enkiteng