GoPhil partners in Southeast Asia recently gathered for a virtual regional network meeting. During the call, they shared their successes and struggles and offered much-needed support and solidarity to one another.

Although conditions, restrictions and challenges vary from country to country, one message rang clear from all GoPhil partners: the economic crisis is more imperative than the health crisis for the communities they partner with right now. While most shared that no cases of the virus have been reported locally, they’ve seen a vast number of families who’ve lost their daily wages and are unable to meet their basic needs. And even as restrictions begin to loosen in some countries, they know that the growing economic crisis will be disastrous and long-felt.

In the last few weeks, all GoPhil partners in Southeast Asia have taken up some form of emergency relief work to help families meet their most basic needs. Access to food has been (and continues to be) their primary concern. With unusually dry weather across Cambodia, Vietnam and Laos, agricultural problems have exacerbated this issue. Although in some cases the governments are trying to provide some limited support to families in extreme poverty, much more is needed — and GoPhil partners are trying to work together to hold their governments accountable and ensure the families they work with can access any available support.

Over the past few weeks: 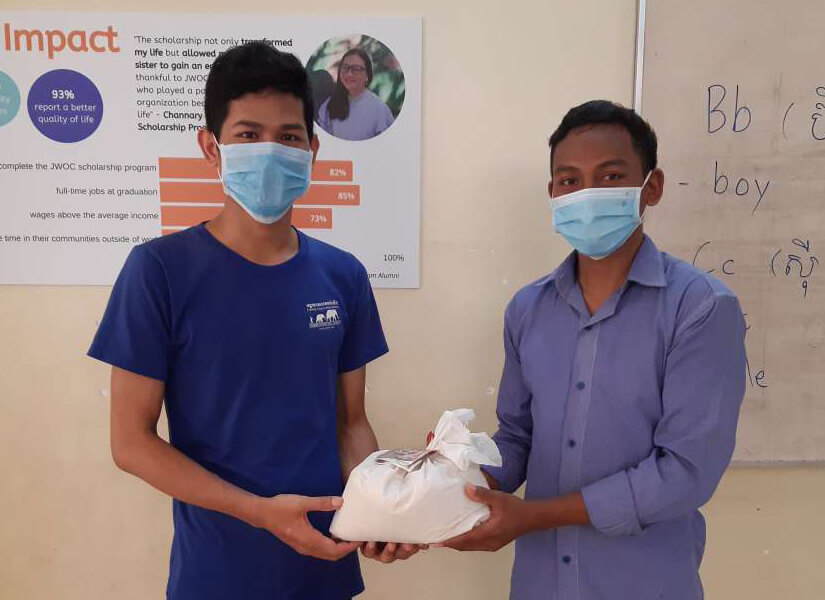 Journeys Within Our Community (JWOC) conducted a needs assessment for 70 families of their students and have started providing emergency support to 12 families most at-risk of starvation. 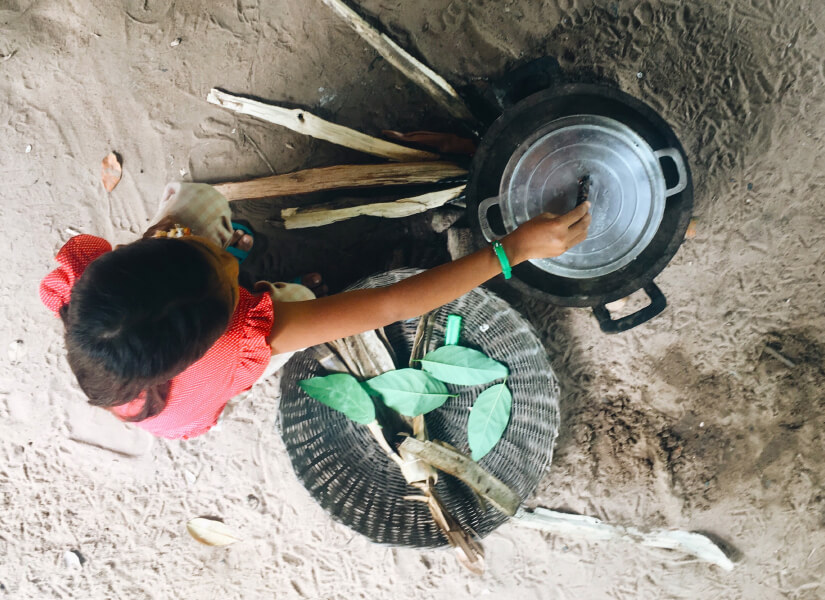 Free To Shine provided initial emergency food packages to help 15 families get through the next three months. 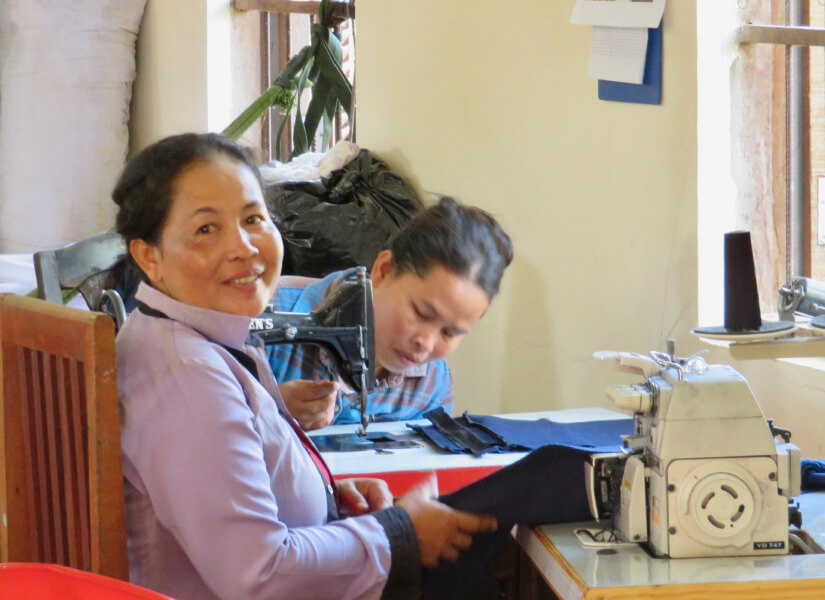 HUSK Cambodia provided emergency food support to the women on their Softies Program who are currently out of work. 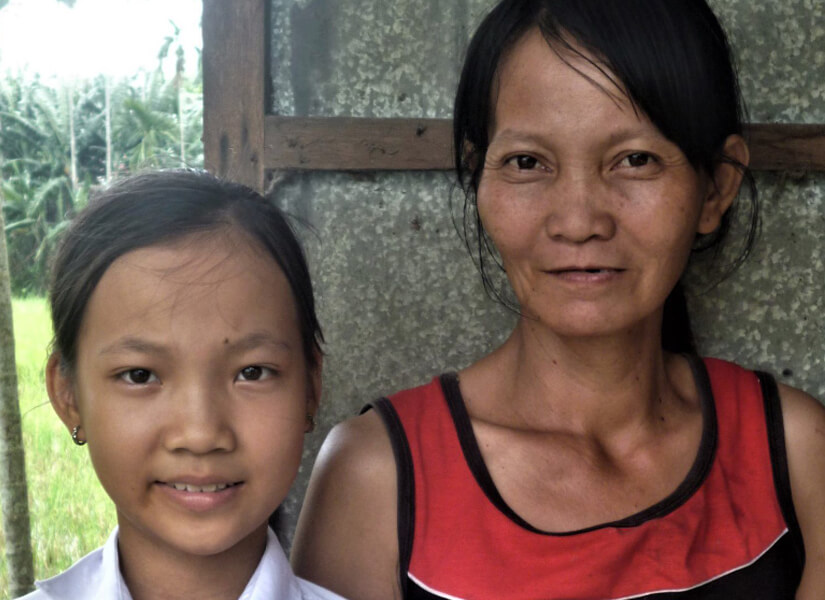 Children’s Education Foundation (CEF) provided emergency stipends to the most vulnerable families on their program, and have now started to give more long-term support to 32 families to help them through the next three months. 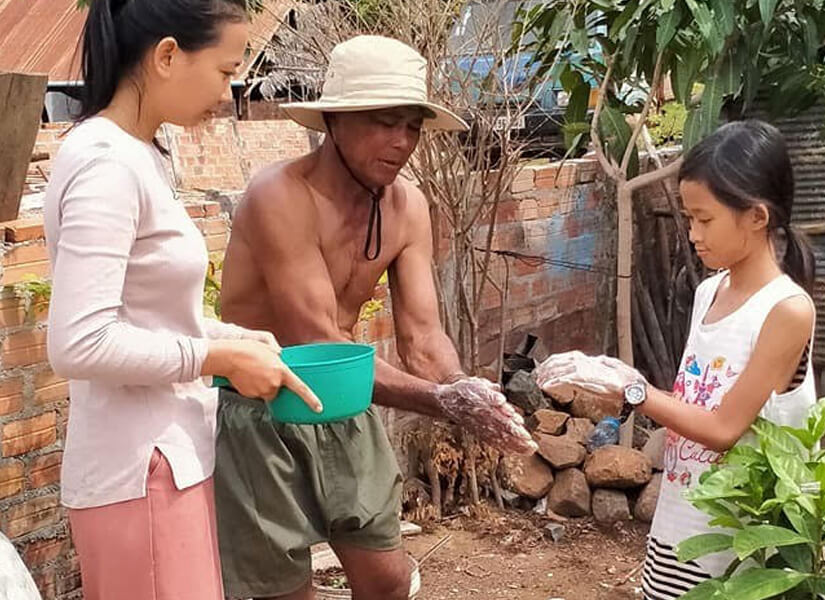 PEPY Empowering Youth has been supporting their students and former students whose families are struggling. They are now working on identifying wider members of the community at risk of starvation. They are planning to establish a larger food aid program in partnership with other local NGOs. 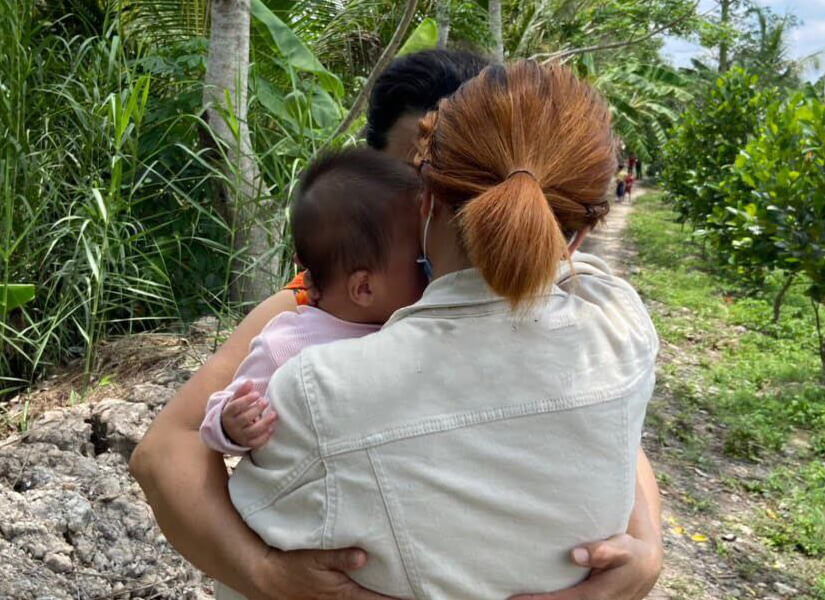 Blue Dragon Children’s Foundation is working with the local government to identify families in need and ensure they receive support. They are also preparing for a huge rescue and rehabilitation effort, now that the Vietnam-China border is opening up again, as they are in touch with many women who have been trafficked there and are in need of urgent support. 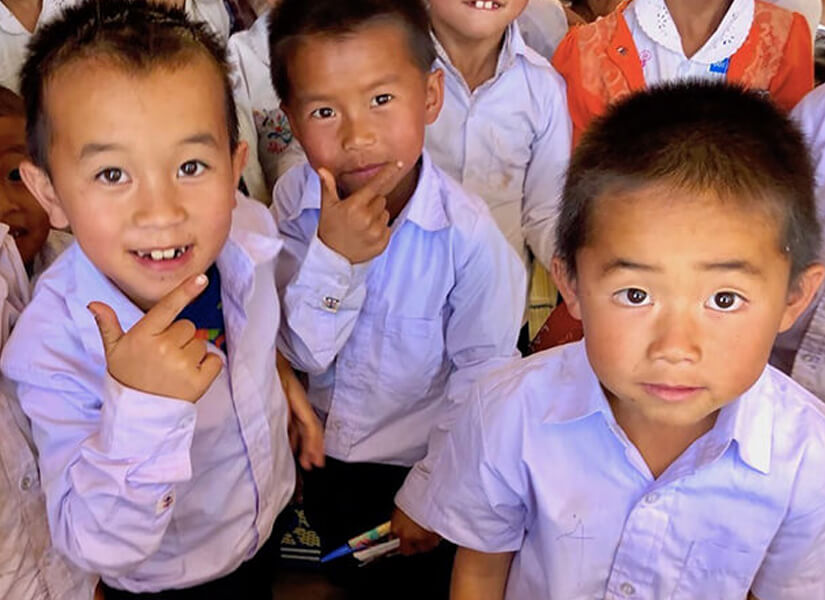 Laos Educational Opportunities Trust (LEOT) is expecting to receive requests for emergency aid soon as food shortages hit Laos. In addition to food relief, LEOT is dealing with one urgent health crisis: one of the families they support has two children who require regular blood transfusions and there is a blood shortage.

Thanks to the quick and generous response of GoPhil donors and supporters, many of these emergency relief efforts have been supported in part by GoPhil’s Rapid Response Fund.

Particularly in Vietnam, national restrictions are slowly being lifted as the curve flattens. Schools are back in session and travel within Vietnam is possible. However, in Hoi An (a town that relies heavily on tourism), even though restaurants and hotels are allowed to reopen, only about 20% have done so because of the lack of international tourism. While children and students head back to school, many people remain out of work with no income.

Blue Dragon found that out of 165 children, 50 did not initially return to school. 12 children between 12 and 16 years old were married during the emergency period. Other children were sent to work to support their families. School dropout is a concern for GoPhil partners that work with children who were already at risk of dropout before the crisis hit, like Free To Shine.

CEF in Hoi An shared that only 50% of children are allowed in a classroom at one time. Therefore, subjects have been halved and it remains unclear how children will be assessed – hopefully passing rates will be lowered so that children do not fall behind. While children are “back in school,” their educational futures remain uncertain and somewhat precarious.

In Cambodia and Laos, there is talk of schools reopening soon, but no official decision has been made. JWOC team members posed the burning question: If schools are reopened before the economy restarts, how will university students afford the cost of living in the city and return to school without their old jobs?

GoPhil partners also expressed shared concern over some longer-term social and economic impacts of this crisis. With economies that rely heavily on tourism, many parents and university students will be left unemployed and forced to change careers. With more families falling into extreme poverty, already marginalized children will be at higher risk of school dropout, child marriage, underage labor and human trafficking.

With these risks and complications in mind, many GoPhil partners are resuming some of their preventative work, where possible. While simultaneously providing ad hoc emergency relief, they feel it’s important to turn their focus toward helping families and students regain their independence. LEOT is getting back to work on two ongoing village school builds that have been put on hold. Free To Shine is continuing to provide social work support to girls at-risk of trafficking but via telephone. Blue Dragon, PEPY and JWOC are working with older students and parents around employability and diversifying their skills. 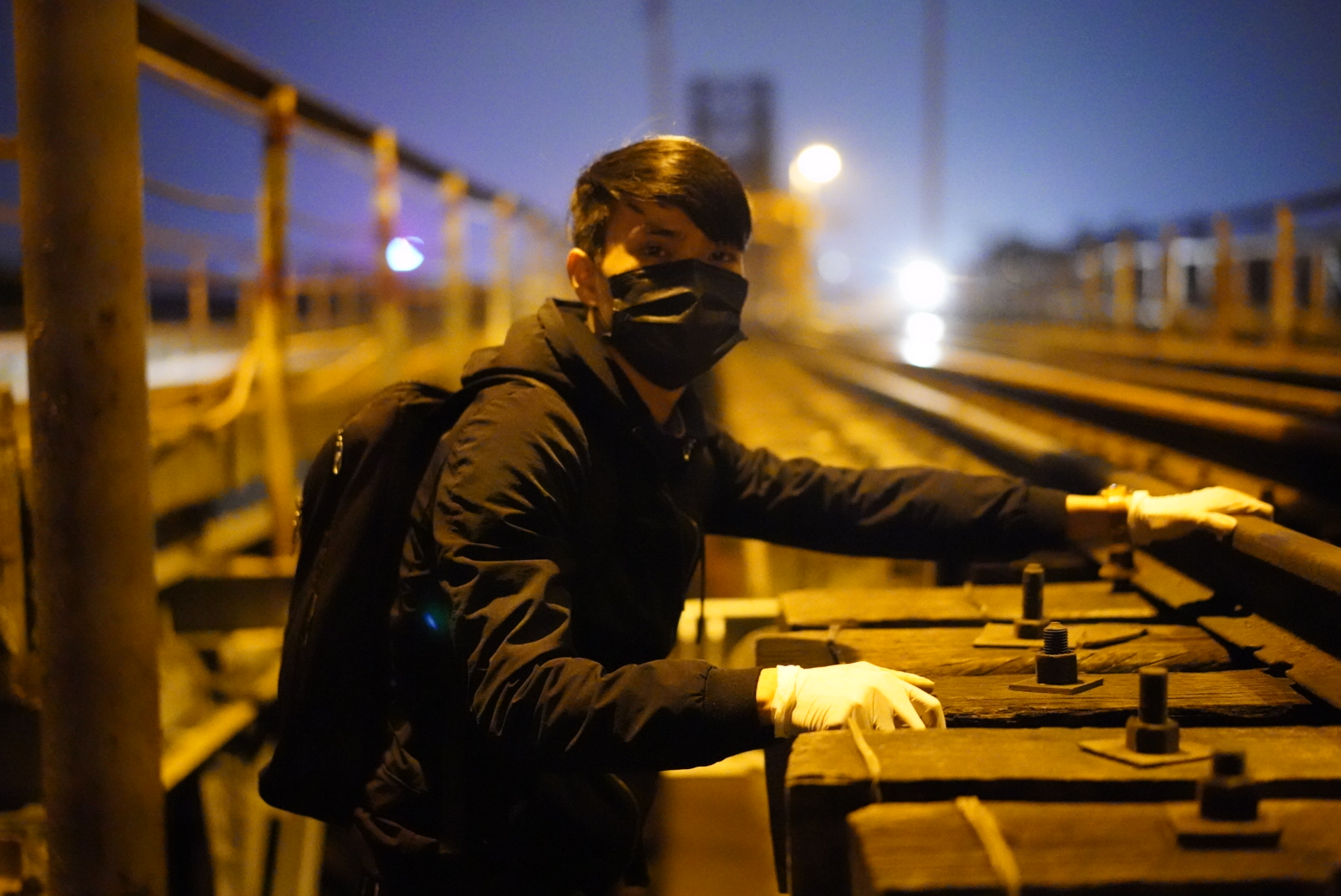 The GoPhil Rapid Response Fund initially focused on the most marginalized groups of society, who currently bear the brunt of this crisis. Meanwhile, GoPhil partners themselves have been struggling internally – both fiscally and emotionally. Stress is at an all-time high. Some partners have already been forced to make tough decisions, such as reducing staff salaries or laying off team members.

At GoPhil, we know that we need to strike a balance between responding to life-saving community needs, while also ensuring a portion of Rapid Response Funds are set aside for partners’ own sustainability and essential running costs. If you are able, please consider a contribution to the Rapid Response Fund and help GoPhil partners survive the next phase of this global crisis. 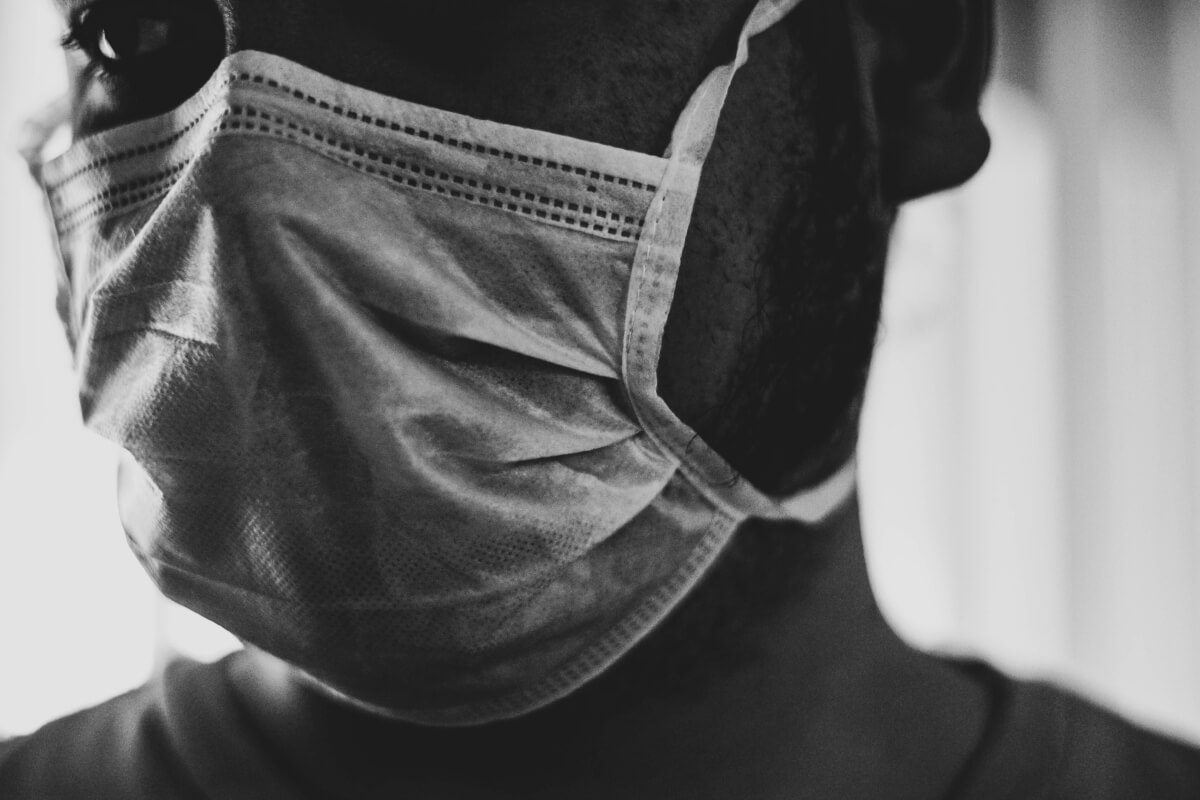